January is prime time for the auto industry due to the launch of hundreds of new or newly-tweaked cars and trucks at the Detroit Auto Show. So why am I going to Chicago mid-February to attend that city’s auto show instead? Because no one who covers the auto industry, including me, wants to go to Detroit, especially in January when icicles threaten to form on your appendages after walking a few frigid blocks. Leaving cold aside, though – Chicago is cold, too – some of us wonder why the auto industry still launch their spankin’ vehicles in a town that lost its spank somewhere in the 70s when GM started cranking out unreliable, ugly garbage on wheels. Even in spring or summer, Detroit’s got all the charm of…well, Detroit. My first auto-related trip to Detroit was in 2005, to test drive a bunch of sweet prototype cars (GM’s) on a closed track, and to enjoy being put up in a more-than-decent hotel. When I ventured out at night, though, I had to kick garbage out of my way more than once, and no matter where I wandered, a poor soul would suddenly appear next to me, hand out. The sheer numbers of down-and-out reminded me parts of India, where I lived for five months. 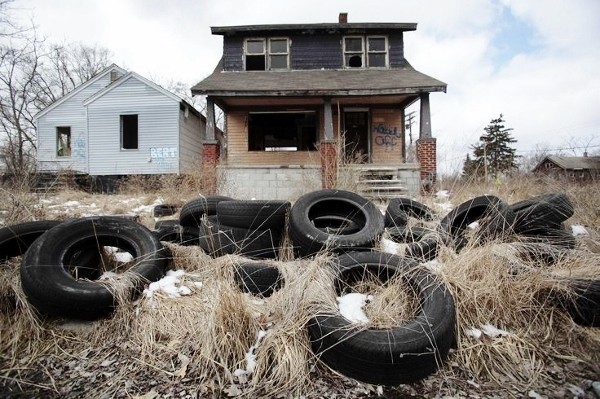 There is something to be said for not abandoning a city just because it’s fallen to abysmal decrepitude – I guess – but let’s look at the facts: between December 2000 and December 2010, 48 percent of the manufacturing jobs in Michigan were lost. Two million people used to live in Detroit and now, according to the 2010 census, that number’s plunged to 713,000, the lowest since 1910. The grimmest statistic, though, is the financial one. In 1960, Detroit had the highest per-capita income in the United States, but today the unemployment rate hovers around 20 percent. According to a 2013 report, approximately 60 percent of all children in Detroit live in poverty. Forbes.com named Detroit one of “America’s Most Miserable Cities” in 2013. The Detroit auto show, with its gleaming, shiny beacons of hope for the coming year, is surrounded by symbols of a once-mighty metropolis, a decades-long symbol of American can-do, but one which fell about as far as a city can fall, and remains there. I’ll still play songs born in Detroit, like “96 Tears,” “What’s Goin’ On” and “Runaway,” on my iPod. But I’ll get my new car fix in Chicago.