There have been a handful of record labels that defined jazz music in this century, including Riverside and Milestone. Legends like Bill Evans, Sonny Rollins, Thelonious Monk, Chet Baker, Art Blakey, Cannonball Adderley, McCoy Tyner, Wes Montgomery and Milt Jackson reflected the sound of what was once known as Modern Jazz. What those two labels and jazz artists all have in common is one man: Orrin Keepnews. Keepnews started both Riverside and, Milestone and in almost every instance, wrote the liner notes for those releases he produced. 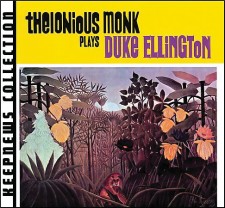 At 86, Keepnews is as vital and active as ever. He recently concluded his work on a reissue series for Concord Records that bears his name: The Keepnews Collection. Comprised of nearly 30 CDs, released over the past few years, the reissues include some of the most important recordings in jazz history, such as Sunday Afternoon at the Village Vanguard from the Bill Evans Trio with Scott La Faro, Bags and Grooves from Milt Jackson and Wes Montgomery, and some of the most groundbreaking albums ever recorded by Sonny Rollins and the aforementioned Montgomery.

With no formal musical training and without ever having played an instrument, Keepnews got into jazz after attending Columbia University and serving a brief tenure as a junior editor at Simon & Schuster. He wrote for Record Changer magazine, wrote liner notes, and worked on the first reissue series of jazz music from the 1920s for RCA Victor Records’ Label X. Reissuing those 10-inch records launched a career that made Keepnews an integral part of the evolution of jazz from traditional, big band and bebop to the exalted modern jazz experimentation of the late 40s through the early 60s.

After so many years in the music business, Keepnews has not lost his edge at all. Sharp, insightful and with no signs at all that would indicate he was over 60, let alone closer to 90, Keepnews appears to continue to retain a firm grasp of the complex machinations of the record business. In our lengthy conversation, Keepnews was frank in his unhappiness with how shabbily record companies treat the great jazz libraries they hold. Most of our talk, though, centered on the mysterious vocation of record producer. Keepnews was always careful to try to resist defining exactly what a record producer is, other than reflecting his own approach. In describing the word “producer,” Keepnews said, “It’s one of the least understood words. It’s an almost impossible word to define.” Even more importantly and directly, he said, “The biggest trick in being a producer is being able to not let your style influence too greatly what is going on. You are supposed to be devising the way to interpret what the musician is offering so it will be intelligible and attractive to his public.” 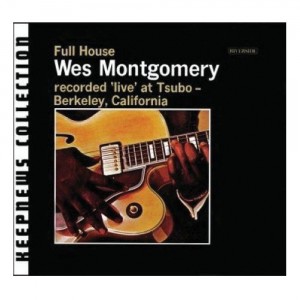 Keepnews wasn’t suggesting it was easy. In fact, in producing the likes of Monk, Chet Baker and Bill Evans, he had to deal with some of the most difficult and temperamental musicians in music history. (They were also, especially in the case of Evans, on the level of being a genius.) Of dealing with difficult artists in general, Keepnews said, “That kept it from ever being dull.” Keepnews sadly talked about the fact that when he was working with Evans, it was at a time when Evans was a serious junkie. He added, though, in regard to what a gentle soul the pianist was: “Bill Evans could break your heart real easy.” On a lighter note, he talked about the atmosphere of the recording sessions for Thelonious Monk Plays Duke Ellington, the first recording of Monk’s of the compositions of another artist other than himself, which Keepnews instigated. “I had been able to persuade him to do a full album of someone else’s music. Monk was acting as if he didn’t know the music (laughs). There was a whole lot of gamesmanship with Monk.”

Keepnews appears to be the kind of man who has few regrets. He did wish he had more chances to record guitarist Wes Montgomery in a live setting, as he did on the classic Full House: Wes Montgomery Recorded ‘Live’ at Tsubo–Berkeley, California. “He was able to get to peaks in live recording that he wasn’t able to get to in the studio,” Keepnews commented.

The conversation ranged from topic to topic, with Keepnews recalling having known both Jack Kerouac and Allen Ginsberg. He had some great stories, including how he met Wynton Marsalis when he was only a year old at a session his father Ellis was playing at and having Wynton’s mother Dolores make it clear that Wynton’s name was just as much her decision as Dad’s, having taken it from Wynton Kelly. Keepnews expressed particular admiration for one current jazz artist, Christian McBride, the only recent artist he wrote liner notes for on a project he didn’t produce. In summing up the state of jazz, he said, “Periodically there are pronouncements that jazz is dead. We’re all aware that jazz has more lives than a cat.”