They are rebels. Outcasts. Temperamental in their quests for perfection. Purveyors of subversion. Children. They are wise old men. Thieves. Pedantic women. Sometimes giddy in their joy, other times bitter from the thoughts caught on the tips of their tongues. They are compelled. † Although he is gratified by it, an artist does not seek your approval. He ricochets through the universe, a free radical, his soul chipped by one moment, expanded by the next. Zen happens when the two collide and a work spontaneously springs from the profound energy of their balance. † An artist writhes through an orgy of materials, ideas and influences to achieve, if only once in his life, a work of timelessness. And in this idolatry, he is rendered vulnerable. He is rocked by the inconsistent judgments of those who posture themselves as critics—today friends, tomorrow fiends. † The artists celebrated on these pages don’t make pictures. They create images that provoke an evolution of thought. To know them is to acknowledge one’s own limitations. To follow them is to promote an expanding consciousness. † Somnambulists need not apply. –nadA
. . . . . . . . . . . . . . . . . . . . . . . . . . . . . . . . . . . . . . . . . . . . . . . . . . . . . . . . . . . . . . . . . . . . . . .
The editors thank the following galleries, curators, journalists and fellow arthounds for their nominations, suggestions and guidance in the annual compilation of this list. For more information about the artists featured here, please visit lipulse.com and also learn more about: Gallerie 5, Christine Benjamin (Art That Matters), Glynis Berry (Art Sites), Bonnie Grice (WLIU), Elva Guerra, Helen Harrison, Marilyn Lavi (bj spoke gallery), Esperanza Leon (Solar Gallery), Jolene Lescio (Quogue Library), Irwin Levy, Sara Nightingale (Sara Nightingale Gallery), Oliver Peterson, Kathie Russo, Cheryl Safren, Georgia Vahue (Great Neck Arts Center), Richard Vaux, Cherie Via (Ripe Art Gallery).
– – – – Anneli Arms
Sculpture and Etchings
Bridgehampton
Known internationally for sculpture and etching, it is her sculpture that sets her apart. By working with oversized creatures—human, marine and insect—she remarks distinctly on evolution, forcing the viewer to consider the beginning of things, the future of humanity and his fears of both. http://www.anneliarms.com Mary Ellen Bartley
Photography
Wainscott
Intense close-ups of anonymous books lead the viewer to exploring philosophies of phenomenalism and sense-data: If one’s perception of a physical thing hinges on his ability to reconcile it to that which already exists in the mind, what weight do these books hold if we cannot see their titles or know their words? http://www.maryellenbartley.com 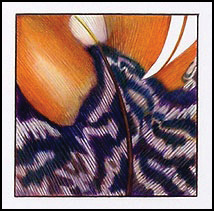 Sandra Benny
Pencils
Lloyd Neck
The complexity of feathers—both in form and function—captivates this artist’s attention. In turn, she serves them well by rendering them in pencil with unmatched attention to detail. “Biosegments,” smaller panels that are macro in focus, allow a microscopic thing to take a place of import in the field of perception. http://www.sandrabenny.com 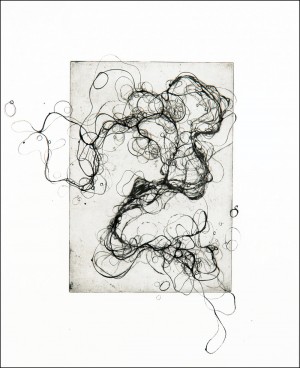 Andrea Cote
Painting and Performance Art
Flanders
This artist is as much a contributor of art as a purveyor. When she serves as curator, promoter and/or organizer of shows, her generous spirit inspires breakthroughs in her peers. In her own work, her ability to yield to a shifting creative wind somehow stays in harmony with a determined execution of her concepts. http://www.andreaspace.net 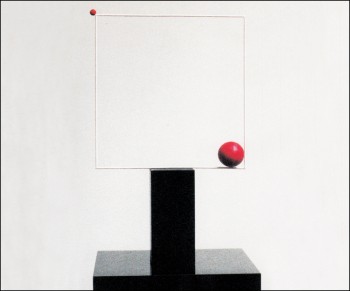 George D’Amato
Sculpture
Huntington
The “Violation of the Square,” celebrates the man-made shape and therefore declares its relevance in nature. The simple, see-through constructions betray simplicity and transparency since backgrounds framed by a piece become part of it—shifting with the viewer’s perspective. By fracturing the shape, it is deconstructed for the viewer, which causes him to reconstruct his daily symbolic rubrics. http://www.bjspokegallery.com Luke DeLalio
Painter, charcoal, whatever
Huntington
A co-founder of Art That Matters (Oyster Bay-based gallery and studio), student and professor of art, works explore the elasticity of subjectivity by stretching them out. Recent drawings in charcoal elaborate on ironic situations through sparse compositions that spark attention to spontaneous feelings of pain and loneliness in some of the most banal moments. http://www.lokidoki.net 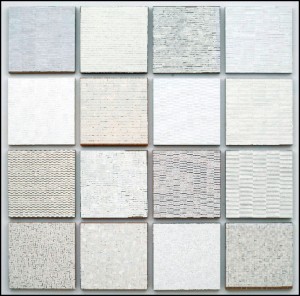 Eric Dever
Painting
Bridgehampton
Elegant works in white are both soft and feral. Panels are individual vignettes of nuances that interplay. Layers, textures and subtle formulas of construction captivate because the minutiae thrive both on the surface and in the depth of the viewer’s imagination. Varied hues of white cooperatively establish a sense of time travel. http://www.saranightingale.com 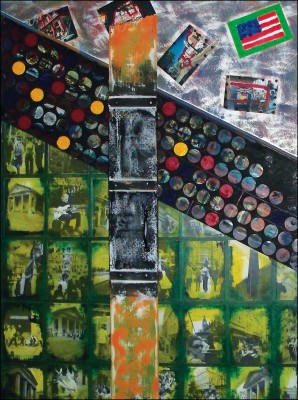 Dorothy Frankel
Sculpture
Sag Harbor
A variety of subjects are born from this artist’s interest in celebrating spirituality, but it is the large-scale meditative circles that are most notable. The series is seraphic unto itself, but also because of the import to the overall oeuvre. Gracing outdoor spaces, these virtuous spheres appear to float. http://www.dorothyfrankel.com 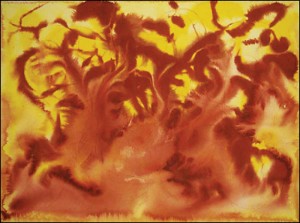 Pete Galasso
Abstract Expression
Setauket
Ab-ex “throws” spontaneously compose accessible landscapes, vistas and images serving as basis for storyboards left to the viewer to decipher. Free flowing, rather than gestural, brushworks convey calmness and patience even when subject matter errs towards more threatening notions. These studies in color and form are anything but aimless. http://www.web.mac.com/chromefree1 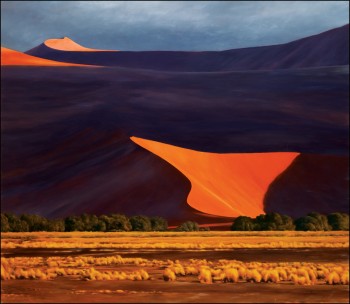 April Gornik
Landscape Paintings
North Haven
Sensitivity towards hue and depth of color cause earthen landscapes to take on a lunar quality in these large scale works. A focus on how contrasting tones interplay redefines “light” and “dark,” indicating a masterful understanding of the passage of shadows from foreground to translucent oblivion. The result is impossible vistas that nevertheless “look as they should.” http://www.aprilgornik.com 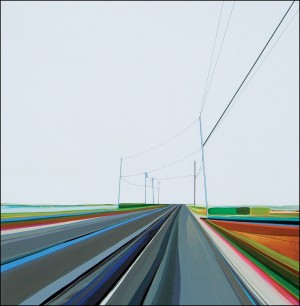 Grant Haffner
Landscape
Sag Harbor
This painter is unique, honest and inventive. He creates works that are at once flat in composition and yet complex in their use of a solarized palette full of contrasting primary colors. Intersections are central to planar landscapes recreating transitional scenes in modern parlance. Each panel is a surprising, stimulating contradiction in terms. http://www.granthaffner.com Jeanine Klein
Sumi-e
Stony Brook
The ancient Eastern technique of Sumi-e is being kept alive by this artist who fuses the traditional discipline (consisting of watercolor, black ink and precious papers) with modern impressionist qualities. Works achieve a lightness of being—an experience shared by the viewer—through ethereal compositions that seem to hover slightly above their papers rather than meld onto them. http://www.jeanineklein.com 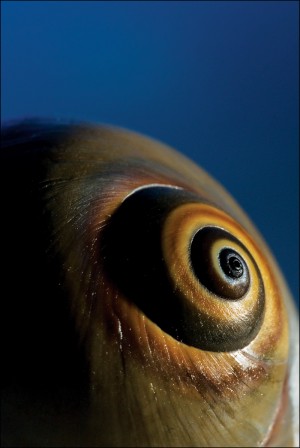 Stephen Lang
Photography
Northport
Application of a uniquely developed digital technique allows photos to take on a pulpy quality so often lost in prints. Nature is usually the main subject of these works, though a personal moment or musical instrument may occasionally trigger a new series. There is a consistent sense that depth of shadow is the central subject and the object in the composition is incidental. http://www.stephenlangphotography.com 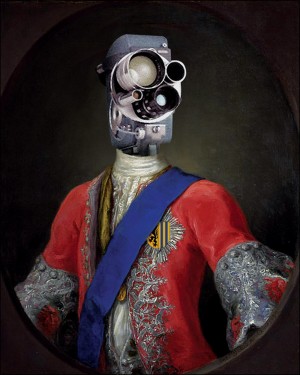 Andrew Leipzig
Digital Media
Sayville
Influenced by society’s increasing commercialization (and, as graphic designer, a minister of it) this artist creates surrealist works that are acutely intuitive but do not take themselves too seriously. Commentary on modern life can be interpreted with or without a sense of scorn—a lack of condescension on the artist’s part leaves it to the viewer to decide. http://www.planetzig.com 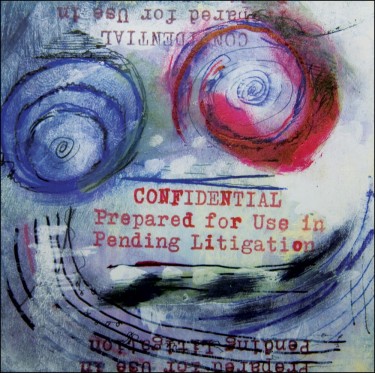 Joe Lemonik
Mixed Media
Great Neck
As a creative compass, works are assembled using elements traditionally found in professional settings. Items like post-it notes, sharpies and coffee grinds are in fact in concert with typical art supplies. Each piece is like long division that leads to the realization that usually stringent corporate values work well with free-thinking. http://www.joelemonik.com Anita Lifson
Mixed Media
Manhasset
Chunky, wayward collages evolve into specific narratives right before the viewer’s eyes. Masterful technique is only the beginning. Works are comprised of images that are carefully interrelated—there are no mistakes here, only changes of direction consistent with fractured images signaling an artist who is self-assured whether or not every stroke is methodically calculated. http://www.bjspokegallery.com 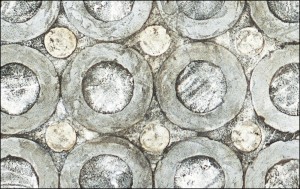 Debbie Ma
Marble dust on canvas
Calverton
The precision this artist uses when working with the fundamental shapes of the universe convey a sense of anchoring. Etchings are obsessively symmetrical, almost to create a mania, but for the purity and organic quality of the materials and colors. Well-steeped in ancient values, the works herald a better future. http://www.artsitesgallery.com Steve Miller
Painting, drawing, photography and X-ray
Sagaponack
Concerning himself with the health of the planet (also the title of his recent series), Miller creates drawings and paintings that are at once phantasmagoric in that layers of organic beings are separated to be considered individually as well as interactively. Words are enjoined with elements that are biological, chemical and digital to drive a viewer’s extrapolation of the artist’s intentions. http://www.stevemiller.com Puneeta Mittal
Painting, Sculpture
Greenlawn
In the case of these works, the process is as much the art as the product. Large-scale installations and paintings interplay the layering of glazes to remind viewers of the symbiotic relationship between science and art. Sculptures of hushed hues pulse with the vibrancy of life as much as the artist’s spritely colored panels. http://www.puneetaart.com Min Myar
Mixed Media
Wantagh
Earthy collages made from the artist’s earlier paintings and works of art often look like pottery flattened onto the plane to bring together old with new, organic with inorganic, flat with dimensional. Raw elements structure the beginning, middle and end of the artist’s visions, whether they are landscapes, city scenes or abstractions, creating uninhibited compositions. http://www.bjspokegallery.com Roy Nicholson
Paintings, Mosaics
Sag Harbor
“Gloamings” (Scottish for twilight), are depictions of wooly, nebulous scenes that convey warmth, peace and comfort despite severity of size, depth of palette and strength of composition. Physical realities dissolve to bring to the fore the promise of renewal inherent in the perpetuity of time and transcendence of color. Result: the sublime becomes tangible. http://www.roynicholson.com

Dave Olsen
Mixed Media
Sag Harbor
What start as paintings end up as encaustic collages rich with layers of glazes that create a measured depth of visual field. The artist’s pursuit of “what will art look like in the future,” leads to works that are profound, though not pejorative. The composite of each work is a rendering of space—inner, outer, planar and chronological. 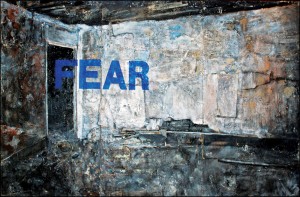 Goran Petmil
Mixed Media
East Hampton
A dark, contradictory sense of humor is the first decidedly Balkan quality central to this artist’s works. An endless optimism is the other. The colors used concentrate on blacks, greys and browns (the color of everything) with occasional sparks of red or shocking blue that shatter a shell of potential fatalism where only hope remains. http://www.web.me.com/goran.62 Patricia Russac
Charcoal, pastels, pencils and ink
Oyster Bay
Works that have deep, sensual undertones convey soft movements of human forms. The artist’s acute sense of negative space allows for both figures and abstract lines to “push and pull” between fore- and background melodiously. The result is the creation of living scenes that are breathable, illusory and expansive. http://www.patriciaarussac.wikispaces.com 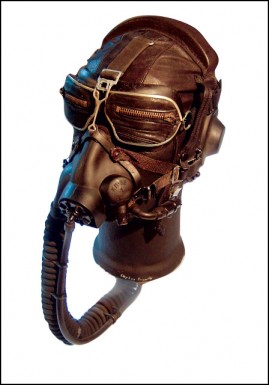 Stephen Soreff
Sculpture
East Hampton
Claiming that they are his media, this artist follows the voices he hears both internally and externally. Pursuing a range of social subjects, and even how they relate, brings forward a varied series of works. Formal religious symbols become letters that interplay to create a new verse. Weapons are stripped of context and reduced to the theoretical; feathers are upraised to the spectacular. http://www.artsolar.com Robert Verdi
Acrylic barn series
Westhampton
Simplicity is a red herring in the “Barn Series” that continues to evolve. The colors, brushwork and compositions interplay to exude a familiarity for the viewer, which in fact triggers a cascade of memories fraught with emotions, whatever they are. Because each image is universally accessible, the canvas serves as a looking glass, through which you can step to suspend time. Dan Welden
Solar plates, painting
Sag Harbor
More than professor, painter and printmaker, Welden is the originator of “Solarplate Intaglio” prints. The process is organic both in the products used and in its reliance on the sun’s participation to etch a composition. The pieces are rustic but far from rudimentary in their multitude of details. And although they are abstract, there is a mystical quality to each that serves the viewer in decoding its motif. http://www.danwelden.com 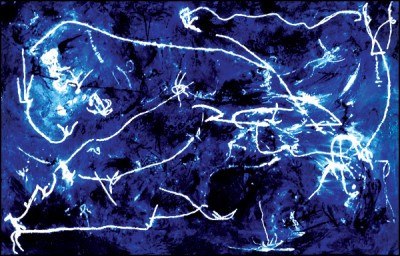 Jonathan Willard
Paintings on canvas
Long Beach
While many artists work through layers of pain, this artist is enchanted by childlike qualities of whimsy, honesty and freedom. And it shows in his work. Still, panels are far from naïve. Because they are unashamed to pursue primitive forms of drawings fused with modern techniques, the devil of interpretation is brought front and center. http://www.jonathanwillard.com