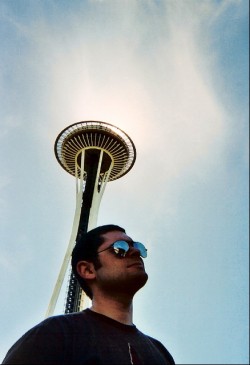 When Long Island music journalist Greg Prato decided to write his latest book on the late-80s/early-90s grunge movement, he uncovered more than expected about the renowned Seattle music scene. Upon researching a feature on his favorite band, Soundgarden, for Classic Rock magazine, Prato realized there wasn’t an updated book on the history of grunge and began compiling Grunge is Dead: The Oral History of Seattle Rock Music.

While growing up in Greenlawn, Prato listened mostly to heavy metal. It wasn’t until 1990, his senior year of high school, that he discovered grunge.

“When I went to see Faith No More, Soundgarden and Voivod play at L’Amour in Brooklyn, Soundgarden blew me away,” he recalls. “I immediately went out and bought all their albums and began reading all the articles I could gather about them, which, in turn, introduced me to all the other great bands from Seattle—Mother Love Bone, Temple of the Dog, Nirvana.”

The Wantagh-based writer’s third book (he has also written bios on Tommy Bolin and Shannon Hoon) is an oral history written in the style of Legs McNeil’s Please Kill Me: The Uncensored Oral History of Punk. In Grunge is Dead, Prato seamlessly weaves together 130 interviews to tell the story of the genre and includes an index for the cast of characters. The “characters” include everyone from Sub Pop Records co-founder Bruce Pavitt, to Soundgarden manager Susan Silver and Alice in Chains guitarist Jerry Cantrell. But one of the biggest interviews Prato scored was with Pearl Jam’s Eddie Vedder. After denying Rolling Stone and VH-1 Classic interviews about the early days, Vedder decided to chat with Prato.

“I spoke with Eddie after I had interviewed his bandmates, Jeff Ament and Matt Cameron, so I believe they vouched for me…Eddie couldn’t have been nicer—we talked on the phone for nearly two hours!” notes Prato. “Maybe it was because he knew the type of book I was doing (focusing on lesser known bands as well as the renowned ones) and that I wasn’t going to focus on just Pearl Jam. To this day, it remains one of the best interviews I’ve ever been involved in, due to the fact that I’m a big fan and the abundance of interesting stories—many of which I’d never heard before.” 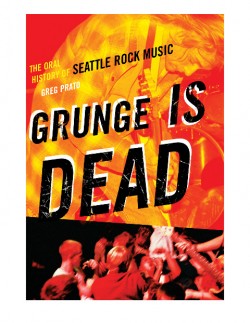 Grunge is Dead, named after a t-shirt Kurt Cobain once wore, is filled with surprising stories for all music lovers, including rock, punk and metal. While “grunge” sounds like a synonym for the sludge in the kitchen sink, rock writer Lester Bangs may have coined the term in the early seventies. Nirvana producer/engineer Jack Endino suggests it started as a descriptive word for “something really dirty and nasty,” like the sound of the Stooges, but that grunge was really a derivative of classic rock, with some punk attitude. Another theory, preferred by Prato, is that grunge was a combination of the words “garage” (as in “garage rock”) and “dirge.” However the name came to be, it was the last musical movement to influence culture in terms of fashion (flannel, plaid, and long, unkempt, hair) and politics (liberal, if nihilistic).

“I often compare the grunge movement to the punk movement of the 70s and the hippie movement of the 60s,” says Prato. “It was honest and real, and it took rock music back to its raw roots—of a band playing live in a room, with the focus being on songwriting rather than showing off on their respective instrument, or bragging about their latest groupie conquest.”

For more information on Prato or his books visit myspace.com/gregpratopage.