Alicia Keys is a driving force in bringing urban influences to the fore of pop music by fusing traditional R&amp;B with modern hip-hop. Her sound is uniquely soulful, classical and popular, and her diverse musical talent has earned her worldwide recognition. 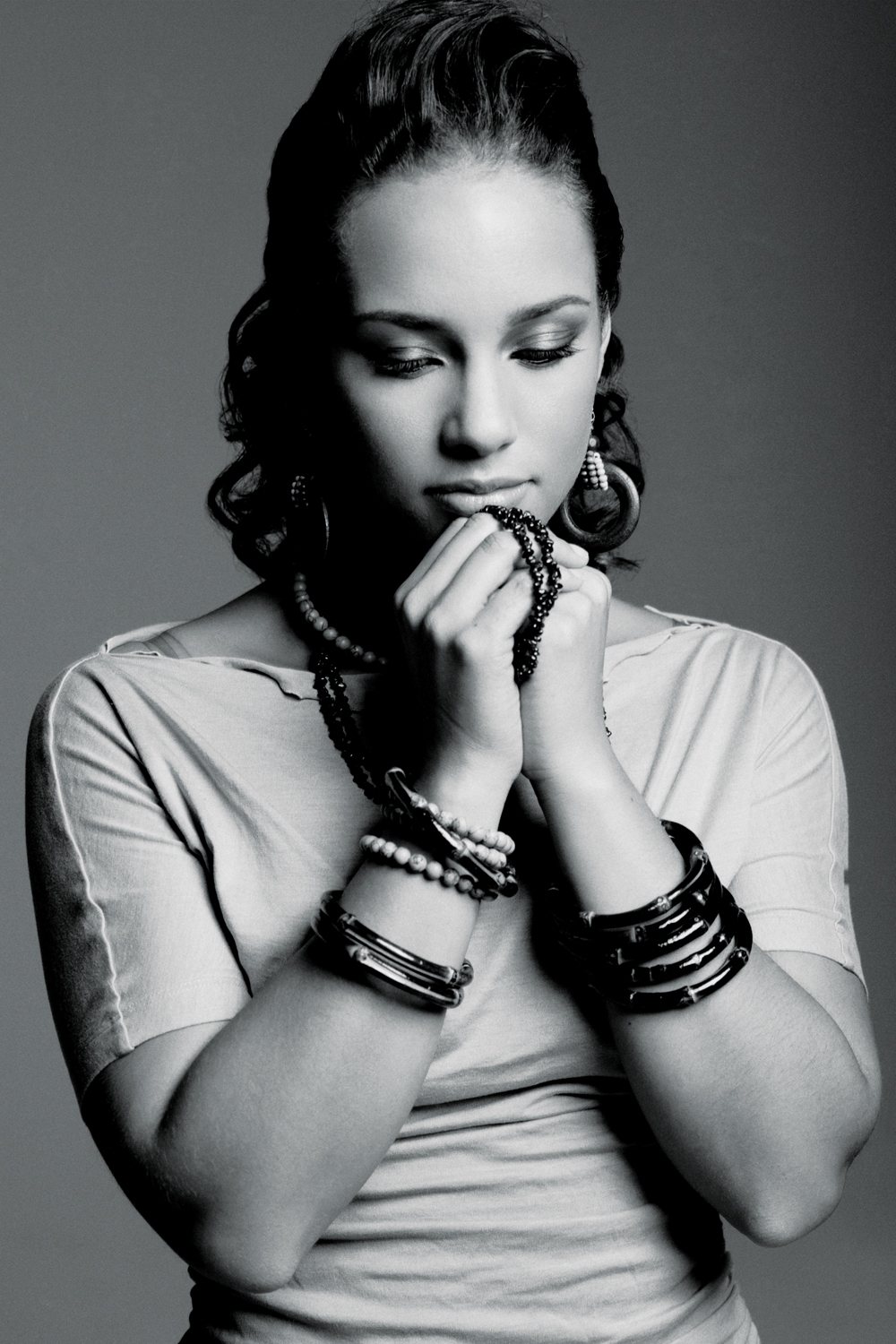 Born Alicia Cook on January 25, 1981 in New York City, Keys lives up to her stage name with her inventive talent at the piano. She began lessons, both classical and jazz, at the age of seven and went on to graduate from the Professional Performing Arts School at 16. With influences ranging from Chopin to Prince and Nina Simone, Keys did not quite fit the mold of the American pop star, yet stood out from the beginning when she was awarded the “Best New Artist” Grammy in 2001. “The thing that surprised me the most was how insecure I was about it all, even though I knew how hard I had worked,” Keys admits. “It made me learn how to be more graceful and humbled by the experience.” 11 Grammys and three studio albums later, Alicia Keys has maintained her modest grace both inside the studio and out.
In 2002 she was named the first Global Ambassador of the renowned charity Keep a Child Alive (KCA), a non-profit organization that provides medical treatment, education, clothing and food for AIDS victims and their families. “After my first trip to Africa, I saw personally the devastation of the AIDS pandemic and Leigh Blake (Co-founder and President of KCA) showed me how possible it was to engage the world to help keep children and families alive, and I knew there was no way I wouldn’t get involved.” Her 2008 documentary, Alicia in Africa: Journey to the Motherland, follows her efforts to provide both medical and emotional support systems for those in need. Over the years Keys has performed in various benefit concerts to raise money and awareness for the fight against AIDS, uniting her musical and humanitarian passions.
When she isn’t traveling the globe, Alicia can be found giving back to her roots. She donates to NYC-based charities “Frum Tha Ground Up” and “Teens in Motion,” two organizations that aim to inspire and encourage urban youth by offering scholarships, self-esteem workshops and a safe environment in which they can express themselves.
“Touring all over the world influences my music by showing me the similarities in the human struggles,” Alicia states. “It’s made me more empathetic and understanding.”