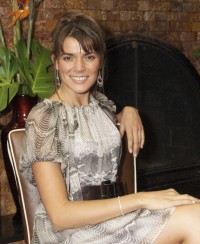 Slip him a picture of our Jesus,
or give him a spoon to dig a hole/
What all he done ain’t no one’s business,
but he’ll need blankets for the cold/
They dim the lights over on Broadway,
even the king has bowed his head/
Every face looks right up at Mason,
he’s walkin’ Spanish down the hall…

>>>Quick. What do The Godfather and Charles Bukowski have in common? (Find out on p. 101.)

Draft any list of people you think are cool and it probably looks like a circus lineup. Even the hallmarks of cool—James Dean, Frank Sinatra, Eric Clapton, Otis Redding, John Kennedy, Hunter Thompson, Johnny Depp, Don Cheadle—are drastically different from one another. And yet all go together because of each one’s sense of comfortableness with himself. >>Why is this list all men? Katharine Hepburn, Aretha Franklin, Arianna Huffington, Lucinda Williams, Cate Blanchett, Ziyi Zhang, Mary Louise Parker, Patsy Cline, Meryl Streep (we can forgive her the musicals)… Cool is a vibration emanating from the hum of inner peace. It is not only acceptance of your quirky peccadilloes, it’s unawareness of them. And an unwavering ignorance to anyone else’s. Cool is a smooth, warm not hot, meatloaf of individuality, daring, control, sharp instincts and plain old not giving a damn about what anyone thinks. Cool cannot be imitated (Rocky, cool, sequels, not cool). Our inaugural COOL LIST includes a broad spectrum of people, places and even things that convey this. You will probably recognize some of them, but you will also discover some new ones that you can add to your own list.

>> In his interview with us, Allen Toussaint talks about the ghosts in the walls of his old NOLA studio (Toussaint + ghosts + NOLA = cool3).

In putting the list together, what became profoundly apparent to us is the diversity of what’s included. At the same time, Larry Levy (yes, that Larry Levy) was chewing on the future of Long Island, weighing the merit of the diversity of our people. New Islanders, Larry’s first feature with us, looks at the ironic backlash of the media’s coverage of racial tensions and its inadvertent reinforcement of the “us vs. them” mentality. There will always be those who rally against change, but it’s a funny thing: While they’re talking about it coming, it’s already happened.

He never sang when he got hoodwinked, they tried it all but he never would/ Tomorrow mornin’ there’ll be laundry, but he’ll be somewhere else to hear the call/ Don’t say good bye, he’s just leavin’ early, he’s walkin’ Spanish down the hall…

>Join us at some very cool events happening this month: Simon Fashion Now, see our special section on the premier retail event of the year on page 20. Hamptons International Film Festival, find out who besides Sharon Stone, Steve Buscemi and Alec Baldwin will be there on page 18. In lieu of our cover party this month, our exclusive engagement to celebrate the relaunch of lipulse.com will be held at the posh Porto Vivo, email brittany@nulllipulse.com to be considered for invitation. Want to get away for a night? Let Alan Semerdjian help you find your way around Brooklyn. For months he’s been covering the hippest (which means they’re also the hush-hushest) spots of downtown NYC. This month, he continues a special look at Long Island’s far west corner.

Even Jesus wanted just a little more time,
When he was walkin’ Spanish down?the hall…