Halloween falls on a Saturday this year, so why not take the time to celebrate beyond the usual dressing up, going trick-or-treating and popping candy corn?

Vampires are overexposed lately—with Twilight, True Blood, and The Vampire Diaries saturating the media—but don’t let that stop you from picking up the sequel to Bram Stoker’s classic, Dracula. One hundred and twelve years later, Stoker’s great-grandnephew decided to continue the storyline with Dracula: The Un-Dead. Stoker and documentarian Ian Holt added some new characters to the mix such as the infamous Hungarian Countess Bathory, known for torturing young girls and bathing in the virgins’ blood to maintain her youth. http://www.draculatheundead.com/ 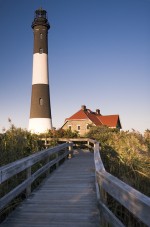 The novel is only as good as the setting, so why not visit a haunted site to set the mood? At the Fire Island Lighthouse, you could hear sounds of odd laughter, or doors slamming. And the seemingly unreachable top windows have been known to open by themselves.
http://www.fireislandlighthouse.com/index.html 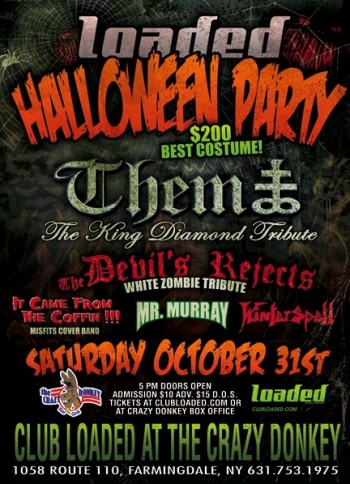 Once dusk falls upon Long Island, put on your disguise and head out for some dionysian fun at the Crazy Donkey in Farmingdale. The Donkey is hosting a Halloween party with music from the Misfits, White Zombie, and King Diamond tribute bands. And if you dress as something other than the King of Pop or Balloon Boy, you could be up for the $200 prize for Best Costume. http://www.thecrazydonkey.com/ Happy Halloween!