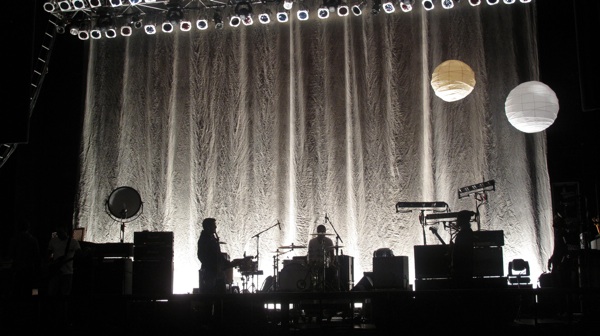 This month’s Pulse article on alt-rockers Brand New mentions their big homecoming show at the Nassau Coliseum on November 28th—which drummer Brian Lane said will be “daunting, yet exciting.”

While the “surprise” acts were not known at press time, we did know Manchester Orchestra and fellow LI’ers, Glassjaw, would be opening for the Levittown-spawned rockers. And now the “surprise” acts have been released. California foursome, Thrice, and Brooklyn’s Kevin Devine will also open on the main stage.

In addition, there will be an “acoustic” stage featuring special guests like Andy Jackson (Hot Rod Circuit/Death in the Park), Vinnie Caruana (I Am the Avalanche), Robbers, and Brian Bonz.

And if you donate at least two canned food items to http://www.islandharvest.org, you can purchase a limited edition silk-screened poster to commemorate the big post-turkey day show.

Try and catch Brand New before they head to London to play the Wembley Arena in January, and Down Under in March. Their “Daisy” tour appears to be leaving Canadians at a loss for words as we speak….