Forget Iraq, Afghanistan and the Real Housewives, the bruisingest battle being waged is—as it ever was—the one between the sexes. At least that’s the impression one gets from shows now being staged on and off-Broadway. From a doomed interracial romance to a blistering miscommunication between professor and student, to businessmen who dare expect their actress girlfriends to sideline their careers, Manhattan stages are littered with shrapnel from boy-girl skirmishes. 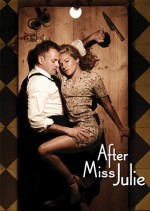 The most direct—and deadly—war is waged in Patrick Marber’s After Miss Julie (American Airlines Theater), which isn’t actually “after” anything; it’s just the Strindberg play updated to post-war Britain. Marber, of deserved acclaim for Closer and Dealer’s Choice, is at his best when lackey John (Jonny Lee Miller) staves off the seductive charms of his boss’s rich, capricious daughter (Sienna Miller), leading to scathing ripostes about economic differences and how we’re all chained to our sense of where we fit in society’s hierarchy. The mechanics of Miss Julie’s suicidal nature are less convincing, but then again, that was a stretch in the original, too. 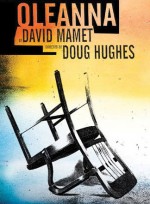 Physical violence is also the endgame of Oleanna (Golden Theater), David Mamet’s two-hander about a bloviating but well-meaning college professor who picks the wrong student to tutor privately. When first produced in 1992, Oleanna was marketed as a controversial argument-starter because male audience members would side with the teacher’s innocence, while women would rally to the cause of the patriarchally oppressed student. I wish the play were that balanced, but really, it’s a lot closer to flat-out misogyny, with every female critic I asked siding wholeheartedly with the prof (“I would have belted her at the end of the first scene,” one ladylike scribe contended). 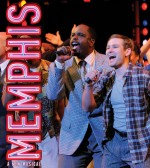 Violence from without wrecks an otherwise promising relationship in Memphis (Shubert Theater), a new musical that plays like a cross between Hairspray and Dreamgirls. You can pretty much tell where this story of a white radio DJ, who pushes the envelope by playing race records in 1950s Missouri, is going every step of the way, but it’s a solid piece with an award-worthy lead (Chad Kimball), and sufficient laughs and gospelly tunes to lighten the downbeat material. And just to prove that human quirks overshadow socio-political ones, when the deejay’s long-standing but secret relationship with a black singer (Montego Glover) sours, it isn’t so much because of the racial threats facing them as from the clash between her ambitions and his comfort zone.

A similar disconnect in lifestyles may be found in Manhattan Theater Club’s revival of The Royal Family, a bit of old-school fluff that shakes off an irritating first act to mine minor delights from the next two. Relationships at the center of Kaufman and Ferber’s 1927 comedy, between an ingénue and a stockbroker, and her actress mother and a wealthy entrepreneur—take a back seat, as they must, to the women’s careers. As the ladies and their legendary thespian mom (Rosemary Harris, classy, always) explain in their spotlight moments, theater may deprive you of a normal life, but who needs normal life when you have the theater? 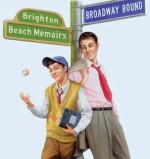 In Neil Simon’s masterpiece, the newly revived Brighton Beach Memoirs (Nederlander Theater), pubescent Eugene pines for the pretty cousin who’s living under the same roof. That is, until she turns snooty and brusque. Then it’s back to the drawing board—literally, as Eugene begs his brother Stanley to sketch what he’s only dreamed about: The naked female form. Like so many aspects of this great play (and David Cromer’s delicate staging of it), the scene where Stanley tells his little brother the facts of life—ladled with equal parts experience, embellishment, well-meaning misinformation and truthful candor—is hilarious, poignant and wonderfully wrought. 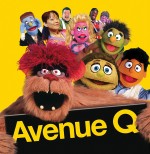 Avenue Q, which recently made a geographic shift from Broadway to off (New World Stages), still offers two kinds of women pursuing an ineffectual man: Kate Monster, a sweet schoolteacher who hopes to turn nice-guy Princeton into a steady boyfriend, and aptly named Lucy the Slut, who eats puppies like Princeton for breakfast. The fates ultimately punish Lucy for her wantonness, but the lesson here goes to Kate and Princeton, who learn that even nowadays, affairs of the heart must be carefully paced or else risk crashing on the rocks of expectation.

Which brings us to the oddest tryst of all, found in Made in Heaven (Soho Playhouse), a sometimes raunchy, occasionally inspired sex comedy with a bizarro twist that’d make even John Waters raise an eyebrow. Max and Benjie are brothers who both want to marry the same girl. Not only are they brothers, they’re twins. Siamese twins. Siamese twins joined at the penis. (I warned you.) Though still carrying a torch for her ex-husband, Jessica is happy to wed the siblings—that is, until one of the brothers realizes he’s gay. And you thought Romeo and Juliet had problems.