The first-ever Over the Edge for Charity event in New York State took place at 600 Old Country Road in Garden City on October 20. Participants rappelled six stories down the face of the building and raised over $30,000 for Long Islanders with special needs. The event was organized by Jeff Cohen, the Fight for Charity founder and representative for The National Foundation for Human Potential/Family Residences and Essential Enterprises along with Diane Cahill of Autism Speaks. http://www.overtheedge4charityli.org. 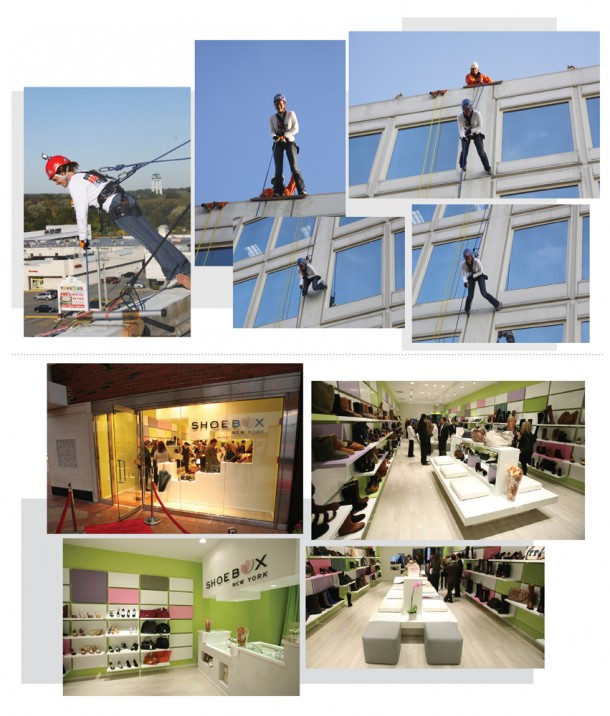 Shoebox New York, a pioneering franchise that specializes in women’s luxury footwear held a reception at their Greenvale store on October 27 for the unveiling of a chic new retail environment. The new store design will be featured in Shoebox stores across the US and internationally. Attendees included Kenneth J. Hall, CEO of NexCen Brands, Shoebox’s managing company, Shoebox founder and partner Richard Kirshenbaum, and store designer Sergio Mannino. The company was founded in 1954 and is notable for its long tradition of selling trend-setting footwear from top European and American designers. http://www.shoeboxny.com.