Hollywood hates risk. Especially the big studios that stand to lose tens of millions of dollars if a feature goes belly-up at the box office. That’s why franchises were born. And why sequels continue to be released. 2010 is no exception. To call this year, like the last, the year of the adaptation would be an understatement. Familiarity breeds contempt? Not in movie land. So we handpicked just the right batch of remakes, adaptations and future classics to steer you straight. Oh, and one newbie that’s so new, no one knows anything about it. 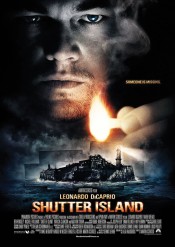 ‘Shutter Island
(February)
If history is any indication, then we are in store for a memorable movie. Immediately after Goodfellas (1990), Scorsese’s next feature film was the twisted thriller Cape Fear (1991). Both are classics. Both star Robert De Niro. Fast forward a decade and change later, and Scorsese released the landmark gangster film The Departed. His subsequent film is the 2010 über-thriller Shutter Island. And if you’re scoring at home, both films star Leonardo DiCaprio, who is quickly turning into his generation’s De Niro (back when Bobby still had his fastball). Shutter Island is based on a 1954 investigation of an unexplainable disappearance from a Massachusetts psych hospital. With a clandestine operation surfacing before DiCaprio’s eyes, an ill-fated hurricane leaves the inmates running the asylum. 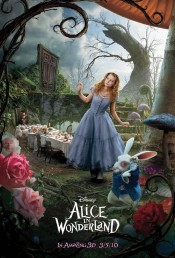 Alice in Wonderland
(March)
When entering the realm of the weird, surreal, or psychedelic, a place where there is a slightly more sinister subtext than the surface suggests—like orange hair being an allusion to mercury poisoning—there’s Tim Burton and then there’s everybody else. Alice in Wonderland was filmed using an experimental combination of live action and motion capture techniques which is expected to be stunning in 3-D and IMAX screens. The plot is the sequel to the original Lewis Carroll story, with Johnny Depp as the Mad Hatter and Australian actress Mia Wasikowska playing a now 19-year-old Alice. With Burton at the helm, look forward to a more mind-bending, layered adaptation than Disney’s 1951 version. 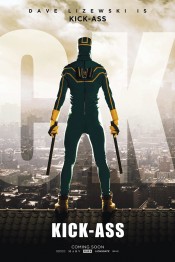 Kick Ass
(April)
Most comic book super heroes operate under a code of vigilante justice. They take the law into their own hands to clean up the streets of their respective metropolises. They also have means. Superman, for example, possesses extraordinary powers that allow him to combat evil. Bruce Wayne’s billions of dollars afford him the ability to become Batman. The common citizen though, is too, well, common, to fight crime. Or so we thought. In Kick Ass, a regular high school student and comic fanatic makes the decision to become a super hero and to do his best to take on criminals. His act of bravery inspires others to do the same, creating a wave of real life “super heroes” and a partnership with the uncanny vigilante Big Daddy (Nicholas Cage). 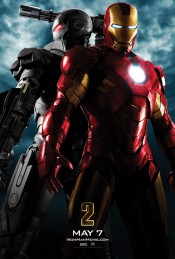 Iron Man 2
(May)
For most of their careers, Robert Downey Jr. and Mickey Rourke could be seen as the prodigal sons of film—two gifted actors who were squandering their immense talent before our very eyes. Luckily for audiences, both found redemption with landmark films and performances in 2008, Downey Jr. with Iron Man and Rourke with The Wrestler. In the much awaited sequel to the film that grossed over $300 million, Iron Man 2 casts the two against each as hero and villain: Iron Man versus Whiplash. And the stakes, of course, couldn’t be higher. With the third installment due out in 2012, the outcome seems ironclad but the star-studded cast, intense action and smorgasbord of special effects still make this a must-see.

The Green Hornet
(December)
Nerds of the world rejoice. The Geek God himself, Seth Rogen, is donning the masquerade mask in a film fans of the comic book have surely pushed for, The Green Hornet. Publisher of the Daily Sentinel by day, Britt Reid furtively fights crime at night with incognito sting operations. With Rogen’s presence, as well as Cameron Diaz’s, expect levity to be brought a franchise known for action, and made famous by Bruce Lee’s role as the Hornet’s sidekick Kato in the 1960s television serial.

Tree of Life
(Release Uncertain, 2010)
Much of writer/director Terrence Malick’s plot is a secret but here’s what we know: There are two actors involved who have a knack for choosing memorable scripts. Both are among the most respected performers in Hollywood. Add a plot centered on “the loss of innocence” and the 1950s, and you have, on paper, as close as there is to a sure thing. Tree of Life, stars Sean Penn, whose resume speaks for itself (2 Oscars, 3 other nominations) and Brad Pitt (2 Oscar nominations), whose recent works and future projects we will one day look back at as the Murderer’s Row of best roles. Penn’s looking for an unprecedented third Oscar; Pitt’s looking to grab the baton. In the end, it’s the audience that emerges the winner.