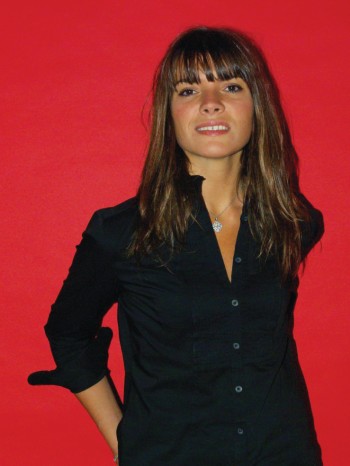 *Yes here of course there are miracles,
A lover that loves that’s one.
Groomed with the laughter,
Ecstatic disaster,
Come let’s arouse the fun!
We could build an engine,
Out of all your rising stars.
Tear apart the apart,
We seem to think we are.
Call of work let’s lay!
Call it lovers Day!

Ever since movies took their place on the pop culture stage, they have been an integral part of daily life. They shape how we view not only the world, but also ourselves. A good story has the power to inform as well as influence the way we think and relate to others in a way few forms of art and media can. Don’t believe me? Ask Robert Redford, our cover story this month. Redford is a man whose resume reads like a Hollywood “best of the best” and his influence on the international community via his Sundance Group is movie magic incarnate.

But it’s not just the big celebrities and film festivals evolving the world of film. There is so much happening behind the scenes that we take for granted, it’s no wonder we think a career in film is a ticket to an easy ride. Oscar winning makeup artist John Caglione and stunt coordinator Manny Siverio have been reshaping their parts of the business for decades. Their interviews shed light not only on the talent and determination it takes to succeed in this field, but also the many people around them (professional and personal) who are intricate parts of their achievements. Along the same vein, film columnist Dylan Skolnick’s feature, Attack of the Killer B’s, is an eye-opening account of what really made Hollywood what it is today. And our list of 2010 Must See Movies is a good starting point for taking it all in.

The winter months have also been treating the slopes well so far this year. Peter Bronski’s Chasing Winter will have you following the snow through the rest of the season to find longer runs and shorter lines in the Northeast. Serengeti: Photos from the Endless Plains may feature some unfamiliar images but hopefully, seeing them through our eyes helps connect you to this vast world treasure in a new way.

Our semi-annual Fashion Preview from NY Fashion Week highlights some of the latest designers you may not know yet. These are not the usual suspects. And because we know this is a shopping month rivaling December, we’ve lined our Pulse Products pages with the best fine jewelry you could buy your sweetheart—our special section gives Diamond Advice from The Island’s leading jewelers to give you confidence in your purchase decisions.

Pat Dolan returns with Dead Woman Running, profiling the murder of Jo’Anna Bird. The story has been making headlines for months and Dolan has been close to it at his home at News12. His account shares the incredible backstory of missteps that ultimately led to crime.

This month’s issue also hosts two new columns you can expect to be in our lineup going forward. Lauren DeBellis’ interview with Top Designers adjacent to her interior design segment, and Rox Taylor’s Portrait of a Supercar that kicks off with the Audi R8 Spyder—so elusive it’s yet to be available in the US (unless you’re Iron Man).

It’s ok, you can say it, you missed us, didn’t you? The annual sabbatical has treated us all well—lipulse.com hosts pictures and video from Pulse people who spent the last month on the road. View these and other extras at lipulse.com.

*Not gonna let you run.