It’s like a trampoline/We’ll fly, we’ll fall and we’ll dream/That we’ll make it to the stars in the sky above/It’s what life is like

An atmospheric indie band with an unusual depth to their lyrics, All the Day Holiday were named one of six bands to watch by Rolling Stone after a stand-out performance at last year’s Bamboozle fest. After self-releasing an EP entitled We’ll Be Walking on Air in ‘07, the Ohio-based quartet recently put out the acclaimed full-length, The Things We’ve Grown to Love, on Linc Star. 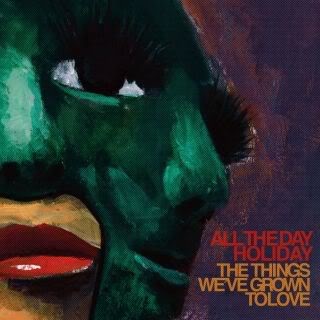 You’ll find a song for every season—from “Autumn” and “2000 Winters” to “Flowers and Fireworks”—from this nature-loving, yet spiritual, group who are influenced by the Beatles, School of Seven Bells, Arcade Fire and fellow harmonists, the Beach Boys. Their energetic, yet ambient, sound is similar to bands like Copeland, Keane and Sigur Ros.

About to embark upon another tour, including big slots at both Bamboozle and Hoodwink 2010, the twenty year-olds are still riding high after playing with bands such as Play Radio Play, Lydia and the Danish dream-pop trio, Mew. “It was a great time of band progression,” notes guitarist Nathan Frisch. “It’s been a ton of fun as well, and we plan to pick up the pace even more in 2010.”

So if you don’t catch ATDH in the city on the 18th, head to the Looney Tunes in West Babylon on Friday evening for a free, and extremely enlightening, in-store show at 6:30pm. http://www.myspace.com/allthedayholiday