In the history of the rock music business, the pinnacle for anyone would be to have worked for the Beatles, the Rolling Stones and Bob Dylan. To complete this rock dream, how would you like to have George Harrison, Ringo Starr and Leon Russell all write a song just for you? Well, this is no dream or movie—it’s the life of Chris O’Dell. And finally, O’Dell has told her story in the recently published book Miss O’Dell (Touchstone/Simon & Schuster).

Working at the Beatles’ Apple Records was one of O’Dell’s first jobs in the record business.

Throughout her tenure at Apple, the very young American worked for the tight handful of mostly British music veterans who ran Apple.

On her first day, O’Dell quickly met Paul McCartney, John Lennon and Yoko Ono. O’Dell, still marveling at her good luck for having landed at Apple, said of working there, “It was like Christmas and you walk in and there are all these presents and each present is exactly what you wanted.”

She fondly recalled the Apple Savile Row office in London, where the Beatles filmed the famous rooftop concert that was in the Let It Be film, indicating that the initial idea for the concert was to film it at the Grand Canyon. “It was a damp cold English day and the wind was chilling. It was so windy the cold bit right through me. We were freezing,” O’Dell began when describing that cold day in January of 1969. O’Dell had a perfect spot, as she was in the only place on the roof where anyone could actually sit that day—on a bench with Ken Mansfield, the Beatles’ primary contact at Capitol records in America, Yoko Ono and Ringo’s wife Maureen. Her impressions of the group that day, were, that they played magnificently, but “the Beatles were really cold” and were “not really that happy.” 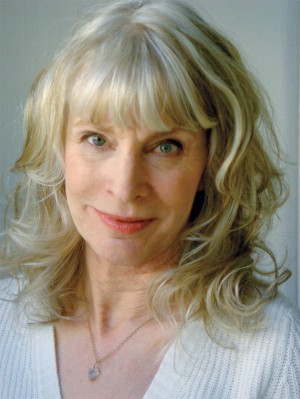 As great as it was being at Apple at that time, it was the beginning of the end of the Beatles. There has been a great deal of speculation as to how the band broke up. O’Dell quickly dispelled the notorious and oft-quoted belief that Yoko Ono broke up the group saying, “No, absolutely not.” As for how much Allan Klein, who eventually took over Apple and fired many of the key Apple insiders, contributed to the breakup, O’Dell said, “That was the final straw.”

O’Dell was also on the legendary Rolling Thunder Revue tour, which Bob Dylan organized in 1975 and which continued into 1976. The long list of characters who appeared on the tour included T-Bone Burnett, Joan Baez, Kinky Friedman, Joni Mitchell, Roger McGuinn, Mick Ronson, Scarlet Rivera, Allen Ginsberg and many others. The tour was also filmed and became part of the notorious, rarely screened film by Howard Alk Renaldo and Clara. As for Dylan and the tour, she said, “Bob loves the road. Bob was really into gypsies then. It felt like a gypsy caravan in a way. It was ok for things not to be perfect because there was a perfection in that. It had that circus feel about it. Bob just kept on inviting people.” O’Dell also was involved in one of the backstage romances that occurred on tours of that time. It was with the playwright Sam Shepard, who was there to write the script for Renaldo and Clara; Shepard chronicled the tour in his own book, The Rolling Thunder Logbook. Shepard also began an affair with Joni Mitchell on the tour and Mitchell chronicled this love triangle in her song “Coyote.”

In her book, O’Dell also describes how Leon Russell, George Harrison and Ringo Starr all wrote songs about her, which I won’t reveal here. Though she continued to work booking and managing tours for many more years, she is now a therapist based in her hometown of Tuscon, Arizona. There was a chance to tour again with the Stones recently, as an in-house therapist of sorts, but since she’s such good friends with the band, she felt she couldn’t do it.