Washington’s Stephen Strasburg wasn’t the only high profile draft pick that sat out last season because of contract negotiations. Ward Melville product Steve Matz, a second round selection by the Mets, waited anxiously while his agent and parents hammered out the business end of things.

This year, Matz is down in spring training and working out with the Mets and is excited about being stronger than he has in the past. Unlike Strasburg, Matz is coming into professional baseball from high school and has plenty of time to grow physically and mentally.

During a short stay in Port St. Lucie last year at the team’s practice facility, Matz met Carols Beltran, who introduced him to his personal trainers at the Professional Athletic Performance Center in Garden City.

“Beltran told him he was going to give him a trainer that turns boys to men,” said Lou Petrucci, Matz’s high school coach.

“This is the best my arm has felt,” he said.

Often seen with Jose Reyes, National’s pitcher and Long Island native John Lannan and Mets product and Hicksville native Cam Maron, Matz has been around some familiar faces at the facility.

Perhaps the most well known person he’s spoken to since being the Mets’ top pick is Sandy Koufax, who happened to be visiting Mets’ owner Fred Wilpon at Citi Field last season when Matz was there.

“I shook his hand,” said Matz, who spent time at two winter camps with the Mets this past off-season. “That whole day was nerve wracking. I was dealing with the whole media thing in the dugout. It was right after I got drafted.” 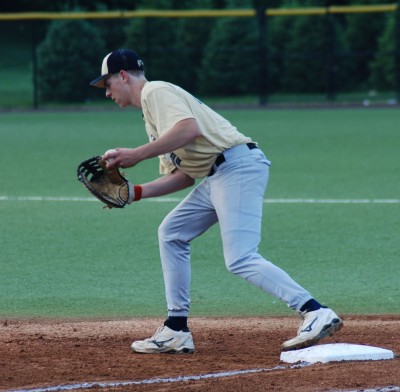 Petrucci recalls seeing Matz as a youngster pitch at the All-Pro practice facility in Bellport while taking lessons with former Major League pitcher and Long Island native Neal Heaton. He liked his arm action then, but quickly grew to love his dedication to the game.

The 6-foot-3 southpaw regularly reaches 93-94 mph with his fastball, and throws a devastating 72 mph curveball to throw off hitters. He won the Yaztremski Award as Suffolk County’s top baseball player last season. He compiled a 6-1 record and a ridiculous 0.47 ERA in 47 innings of work as a senior.

Former Ward Melville coach Ron Muscarella brought Matz up as a freshman to the varsity, where he saw 38 innings of work and threw the ball around 72 mph. He wasn’t a pro ball player just yet, but “it’s that work ethic that basically got him to the big leagues,” Petrucci said.

He made baseball a top priority in his life. Oddly, he didn’t throw much during the summer in 2007 and 2008, and started just one game during his sophomore year and only a couple his junior season thanks to growth plate issues.

He had a great senior season and the rest is history. Now, Petrucci said, Matz is like a caged animal, waiting to unleash himself during spring training.

After games in high school Matz would regularly run two miles, one time specifically between double-header games against Lindenhurst, when his teammates were eating lunch.

Those are the stories they’ll be telling for years to come. Mets fans can only hope he’ll let them tell stories sometime soon.