Writer, teacher, musician, and co-curator of the Long Island Pulse Songwriter Series, Alan Semerdjian is an Armenian-American Renaissance man. This past year saw the release of both his poetry collection, In the Architecture of Bone, and his second studio album, The Big Beauty. The Long Island-based indie musician’s songs can be heard on PBS, the WB Network, and at many venues throughout NY. He’s performed nearly 1,000 shows and readings in the past 12 years, and will be playing at the Cup in Wantagh on March 13th. 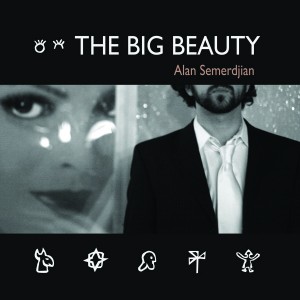 Semerdjian’s latest CD was recorded in Rhinebeck with producer Michael Bloom (Rilo Kiley), and features appearances by The Hold Steady’s Franz Nicolay, and multi-instrumentalist Philip A. Jimenez. The 14-track disc is filled with pop-infused folk-rock songs about relationships—some quirky ballads (“Halo,” and the Beatles-esque “Stephanie”), and some real rockers (“I Can’t Tell You How”).

With influences ranging from U2 and R.E.M., to Elvis Costello, Adam Duritz and Aimee Mann, you can expect an eclectic, textured sound with poetic lyrics. Aside from tunes off his two records, and some choice covers, the singer/songwriter will be trying out some new material at his solo show at the Cup, where you can join him for a veggie burger and a cup of Moroccan mint tea. http://www.alanarts.com/