Conte Cuttino left school one semester shy of earning his business finance degree and moved back into his family home in Uniondale. This might seem like a setback to Stony Brook University’s all-time leading rusher. Quite the opposite. 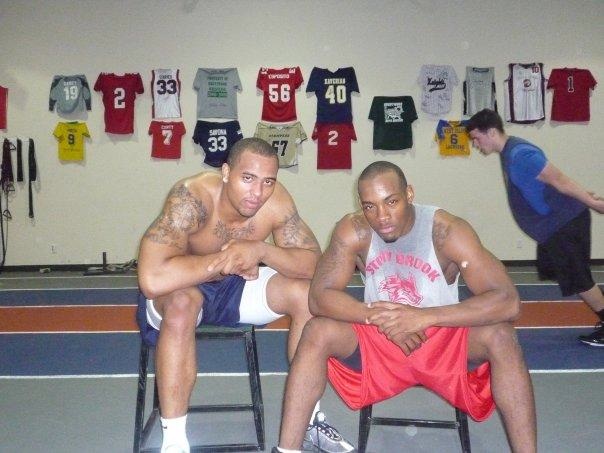 It is all part of Cuttino’s master plan to land his dream job – a spot on an NFL roster. You only get one shot to be a pro athlete. The time is now for the ambitious 22-year-old, who was featured in the September issue of Long Island Pulse magazine (http://www.lipulse.com/sports-wellness/article/sbu-football-run-hard-sell-hard/). So he put aside his 2.9 GPA and the stigma of playing at the Division I-AA level to focus on getting faster, stronger – and noticed.

“I believe it is not a long shot,’’ Cuttino said. “A large percentage of players in the NFL come from small schools, even the great ones like Jerry Rice and recent players like Miles Austin. It will come down to my focus, drive, skill and dedication. I have all of those, so I know I have a great chance of making it to the NFL.”

He was one of 26 participants at Fordham, including three Stony Brook teammates: LB Tyler Santucci, CB Chris Richards and DE Christopher Perri. Hofstra, which disbanded its football program in December, was also represented.

So how did Cuttino fare? While he wasn’t invited to the NFL Combine in Indianapolis last month, his numbers make him an intriguing player. His broad jump and three-cone drill time would have been tops among running backs and his vertical leap would have placed second.

He’ll get another chance to improve his stock at a pro day at Albany on March 23.

“For the most part, I was very pleased,’’ Cuttino said. “The 20-yard shuttle and the bench press should have been better. I ran faster and benched more during my training. Also, I ran a 4.53 for the 40. I wasn’t too disappointed with that, but I feel like I could have done a bit better. Everything else, I did great. If you were to compare my pro day results to the contenders at the Combine, I would be amongst the top five percent of running backs.”

The 5-foot, 9-inch Cuttino has bulked up to 200 pounds and added to his entourage, signing with William Appleton from Appleton Sports Management in Virginia. NFLDraftScout.com rated Cuttino as the 90th best running back in the April draft, but that should change.

Regardless, Cuttino realizes it’s not all about getting drafted. It’s about signing with the right team as an undrafted free agent in the hours and days after the draft. Former Hofstra star Wayne Chrebet is a prime example. He went undrafted and walked on with the Jets. He played 11 NFL seasons.

Cuttino will pay close attention to the draft. Whether he gets drafted or not, Cuttino will need to make an impression at training camp to stick.

“Conte Cuttino should play in the NFL because I am a ‘football player,’” the church-going Cuttino said. “It is in my blood; I live and breathe for this sport. I can walk the walk, not just talk the talk. I’ve worked extra hard to get to the NFL, and the chance to play for a team will never be taken advantage of. I will continue to always work hard to see success for any team that gives me a chance.”

After all, Cuttino did rack up 944 all-purpose yards and earn All-Big South honors as a senior. He finished with 3,607 rushing yards and 19 touchdowns while starting 31 games in his career.

He’s got the goods. He just needs an opportunity. If pro football doesn’t work out? Cuttino said getting his degree will be next.

“I wanted to pursue this dream of mine with 100 percent effort, so I decided to withdraw my last semester of school,” Cuttino said. “I made the Dean’s list twice while attending college. I have 15 credits to take to complete my degree. Education is important to me, and I know a career in football will not last forever, so I definitely plan on finishing my degree some time down the road.

“I will definitely go back to school and get my degree. Considering the economic state I would enter grad school to better my chances to work in the corporate world. I would consider a career as a financial advisor or sports agent, not too sure. My main focus is football right now. Anything outside of that is a distraction.” 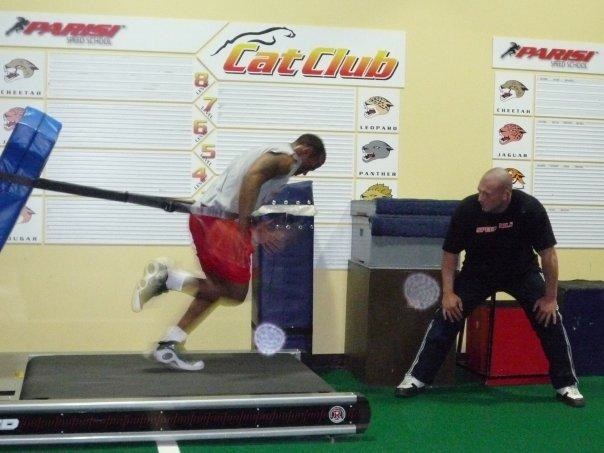 You can follow Cuttino as he blogs leading up to the draft at www.contecuttino.com.