Movie history is often presented as a glittering parade of shining stars and filmmakers. However, large portions of that history would be lost if it weren’t for the efforts of a small army of little-known film lovers working completely outside the movie industry. They are film collectors, people who collect 35mm and 16mm movie prints. These are not DVDs that stack neatly on a shelf, but actual cans and boxes of film weighing up to a hundred pounds each. While a few collectors like Quentin Tarantino and Martin Scorsese are famous and celebrated for their efforts, most are just ordinary folks who love movies. Although the industry often sees them as nuisances, or even thieves, they are the unsung heroes of cinema. 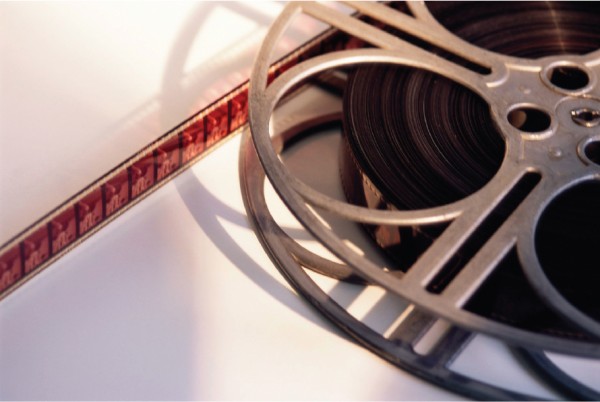 As a Long Island-based film collector explains, “Film collecting is an expensive, space-intensive and time intensive activity. You end up with film prints sitting all over your home and office. Most collectors are doing this purely for themselves. They are doing it out of art appreciation. To have the best opportunity at any time to watch a film as it was originally intended to be seen. It is akin to hanging an original masterpiece painting on your wall. If it wasn’t for independent film collectors, there are a great many film prints that would be completely unavailable.”
When film preservationists recently set out to restore a number of classic movies, including Lawrence of Arabia and Vertigo, they were disturbed to discover that the original negatives were in terrible condition and required extensive restoration. If legendary films like these are at risk, it is easy to imagine how more obscure movies can easily fall through the cracks and disappear forever.

Film collectors exist in a legal gray area. Technically, every individual print made of a movie belongs to the company that distributed the film. Thousands of prints are made for major studio releases. Most of these prints are destroyed with a band-saw after their theatrical release. It’s perfectly understandable that the studios want to keep control of their investment, especially if they were careful to keep a reasonable number of prints for the future. Unfortunately, when repertory film programmers approach the studios to show one of their movies, they are often told that there are no 35mm prints. This is true even for fairly recent titles. Prints of independently made films, which are frequently released by small and short-lived film companies, are at even greater risk. Industry claims that film collectors are in possession of stolen property are morally indefensible if the studios fail to preserve the cultural heritage they have created. Since corporations have no financial incentive to save these prints, and traditional non-profit archives lack the resources to preserve most movies, it is fortunate indeed that collectors have stepped in to fill this gap.