Like he did 40 years ago, Lee Koppelman has a vision for the future of Long Island. From his desk in the Ward Melville Social and Behavioral Sciences Building on the campus of Stony Brook University, Dr. Koppelman spoke recently of the Island’s potential and what it will look like, from a planning perspective, in 2030.

Famous for his master plans (amongst the most comprehensive for regional planning in the nation), Dr. Koppelman, now 83 and as sharp as ever, envisions a bright future for the Island—one with a Lighthouse Project complete in some fashion, with plenty of open space preserved, with housing structures set up to accommodate the rising demand for young adults and one with a few other bells and whistles we haven’t seen yet.

While many of Dr. Koppelman’s projects from his original comprehensive plan done in 1970 are still on the drawing board—an instant city near Yaphank, a North Shore parkway running parallel to the Long Island Expressway, a major airport in eastern Long Island or a bridge across the Long Island Sound, amongst others—he doesn’t think any will be put into action. 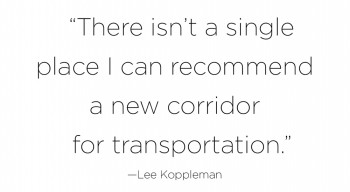 As director of the Long Island Regional Planning Board—now known as the LI Regional Planning Council—for a number of years, Dr. Koppelman was a visionary along the same lines as Robert Moses, who is more well known on Long Island with today’s generations because of the causeway and parks named in his honor. Koppleman was Suffolk’s first planning director back in 1960 under County Executive H. Lee Dennison and in 1988 became the director of the Center for Regional Policy Studies at Stony Brook.

Housing seems to be the imminent problem on Long Island—either there’s not enough affordable living areas or it’s too expensive. For years, Dr. Koppelman preached the benefit of single-family detached housing for young adults and for old folks who don’t need large homes, but only recently has the need for low cost housing for singles and small families come to the table.

“The population that fought against anything other than single family are in the 50 to 70 year range,” says Dr. Koppelman, his back to the windows in his seventh floor office, which overlooks trees at Stony Brook. “The same people who fought it, call me up and say ‘why aren’t I providing more rental, or cheap living spaces?’”

At a public planning meeting at the Suffolk County Legislature building in late February, Suffolk County Executive Steve Levy said the push to develop housing for people fresh out of college with initial low incomes, will be the influx of downtown revitalization plans and adjustments to towns that have Long Island Rail Road stations. 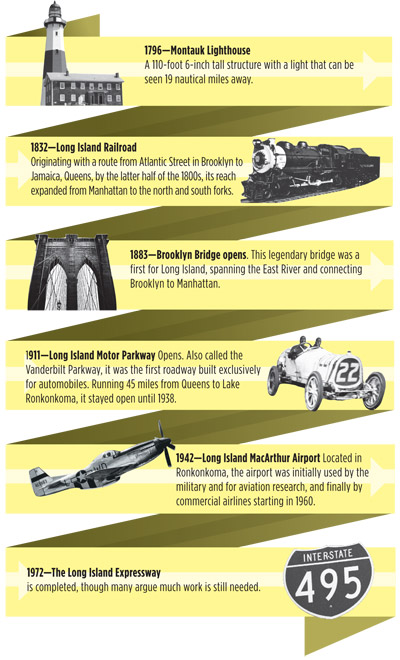 So, next time you’re in Patchogue take a look around, because Levy said that’s the model of how many towns on Long Island should structure their development.

Levy is high on putting 1,000 workforce housing units in Yaphank—a project both supported and disliked by many.

“When it comes to creating more workforce housing for young people, everyone talks the good talk,” Levy said before the Long Island Regional Planning Council last November. “But you have to take action and you have to deal with the ‘Not in my backyard’ folks.”

Those “folks” are mainly the Yaphank Civic Association, who call Levy’s Legacy Village, “Lunacy Village,” and have no love for the county executive.

“There are so many reasons we’re against it,” says Chad Trusnovec, president of the civic association. “It’s going to destroy the town because it will double the population overnight. The land is owned by the taxpayers. If he’s so confident that his idea is good, how about putting it up for a vote? We’ve requested to have a meeting with Levy, but our requests have not been addressed.”

Moving on to transportation, Dr. Koppelman is certain there won’t be any adjustments to Long Island’s roadways.

“There isn’t a single place I can recommend a new corridor for transportation,” he says. “If you look at a highway map of Nassau and Suffolk Counties, what you see is what you got and that’s it. The most you can do is build up some segments of the primary, but even that is virtually impossible because there is development on both sides of the road.”

One new creation that might come in to play is the implementation of a speed ferry, connecting Long Island to Connecticut, Dr. Koppelman says. The catch, is that the ferry, which he refers to as a “movable bridge,” will depart from a newly constructed ferry service at the end of William Floyd Parkway, meaning CR-46 would be extended past 25A to the edge of the North Shore.

The ferry would bring patrons near New Haven, giving travel options of taking I-95 or I-91 to various destinations in the northeast.

What else could we see in 2030? Though only on the drawing board, Levy mentioned the possibility of the convention/ski resort in Riverhead and the reformation of the Pilgrim State complex from a dumpy old hospital to a glorified community with 9,000 housing units. He mentioned downtown low cost housing in places like Ronkonkoma, Rocky Point, Mastic and Smithtown. As for Nassau, the Lighthouse could transform the “Hempstead HUB,” and downtowns would change there, as well.

Simply put, the increase in population and demand for positive change will be met and Long Island will still be kicking in another 20 years and beyond.