With a vicious uppercut swing, the baseball jolted off the bat and sailed over the right fielder’s head. He stopped giving chase after only a few steps toward the outfield wall. Fans on the grassy berm began to back peddle, attempting to track the flying object. But it sailed past them too.

The mammoth grand slam landed beyond the picnic tables and bounced over yet another fence before disappearing into the palm-filled Florida landscape.

“A bomb for Ike Davis!” SNY announcer Kevin Burkhardt shouted excitedly, as if it were 1986 all over again.

No one made a bigger splash at Spring Training than Ike Davis. The New York Mets prospect sprayed the field and showcased game-changing power throughout his March audition in Port St. Lucie, Fla., doing his best to lay claim to the first base job.

His March 4th grand slam against the St. Louis Cardinals was just one of the many promising moments for Mets fans everywhere. It also highlighted a central theme of America’s pastime: Prospect watching. Whether your team is in first place or on the way to losing 100 games, promising minor leaguers keep the faithful going.

“Wait ‘til next year!” was once a popular refrain in Brooklyn among Dodgers fans. The Mets have picked up the torch of late. No team suffered more cruel and freak injuries a year ago, prompting a flood of not-ready-for-prime-time rookies to take the field.

Carlos Delgado was just one of the veterans who broke down and left a void. The Mets opted not to bring back the slugging first baseman, handing the job to Daniel Murphy during the off-season and dispatching former great Keith Hernandez to work with the youngster at fielding the position.

But first base is not Murphy’s natural spot and it may be only a matter of time before the Mets turn to Davis, the 18th overall pick in the 2008 draft out of Arizona State. The left-handed Davis, 23, batted .309 with 13 homers and 43 RBI in 207 at bats last season at Double-A Binghamton. He’ll likely start at Triple-A Buffalo. Who’s on first? Look for Ike Davis to relocate to Flushing at some point in 2010.

No rookie made an impact for the New York Yankees on the road to a 27th World Series championship. Sure, Francisco Cervelli filled in admirably for catcher Jorge Posada last May and Ramiro Pena hit for average at third base while Alex Rodriguez was out. Those were the highlights.

The Yankees, as always, used their best prospects as poker chips in off-season trades to acquire Curtis Granderson and Javier Vasquez. So talented outfielder Austin Jackson and hard-throwing pitcher Arodys Vizcaino are gone.
Barring injury, you won’t see many players shuttle between Scranton, Penn., and the Bronx this summer, either. But the Mets are another story. If recent history is any indication, expect a revolving door of endless possibilities. Truth is, there are plenty of youngsters to get excited about for Yankees and Mets fans alike, starting with Ike Davis. With that in mind, here is Long Island Pulse Magazine’s prospect watch:
____________________________________________________________________________ 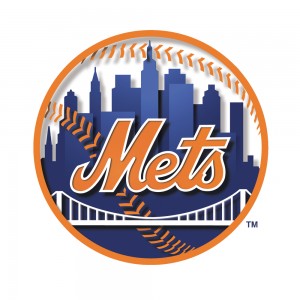 Ike Davis, 1B: This power hitter is the son of one-time Yankees pitcher Ron Davis, and a former hurler himself in college. His career path compares favorably with Brewers star Ryan Braun. The lefty lengthened his swing and kills right-handed pitching. Outlook: Citi Field by the All-Star Break.

Fernando Martinez, OF: Not to be outdone by Davis this spring, Martinez maintained his status as one of baseball’s brightest prospects with a strong March. He’s already seen time in the big leagues and been sidetracked by injury. But people forget Martinez is just 21 and still developing. He was the Caribbean Series MVP in February. Outlook: He’ll be the first injury replacement from Buffalo. 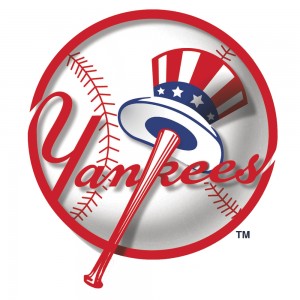 Jesus Montero, C: Called the organization’s best hitting prospect since Derek Jeter, an injury by Nick Johnson may be all it takes to get Montero to the Bronx. MLB.com ranked this Venezuelan as baseball’s 19th best prospect and projects him to first base or DH. He boasted a .539 slugging percentage at Double-A Trenton. Just 20, he’ll start the season in Triple-A Scranton. Outlook: September call-up.

Austin Romine, C: Jorge Posada is getting old and Francisco Cervelli suffered a concussion this Spring, which means an opportunity could be just around the corner. The Yankees’ minor league player of the year, Romine, 21, hit .276 with 13 homers and 72 RBI in 442 at bats at Class A Tampa. He is a defensive catcher with a solid bat and could develop into a fixture behind the plate. Outlook: September call-up.

Zach McAllister, RHP: With Arodys Vizcaino traded, McAllister becomes the best pitching prospect in the system. The Yankees’ minor league pitcher of the year, the 22-year-old starter opens his fifth pro season just an injury away from the fifth starter spot. He went 7-5 with a 2.23 ERA and 96 strikeouts in 121 innings at Trenton. Outlook: With the aged Andy Pettitte and fragile A.J. Burnett one pitch away from breakdown, who knows?