In case you missed the Roast Beef Curtains (aka The RBC) when they performed on WPIX-NY’s Morning Show last month, you can catch them this weekend at Bar Social in Uniondale. The funky, LI-based quartet formed in 2005, and has been touring steadily ever since. Influenced by musicians like King Tubby, the Roots Radics and Bad Brains, the RBC’s Pleasure EP is an eclectic mix of reggae, dub and punk rock elements. 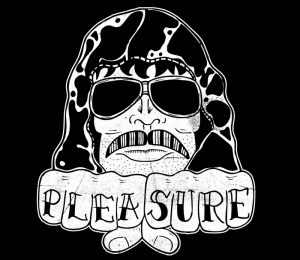 While songs like “You’re Great,” “Rabbi David,” and “L.I.B.” are fun to listen to anytime, their real-time dubs should be witnessed live to get the full effect. And what better atmosphere to see the Roast Beef Curtains than Bar Social (the former Chrebet’s—as in New York Jet Wayne Chrebet) with a kitchen run by former Top Chef contender Danny Gagnon, who really fires up the beef on Prime Rib Night?

While the Hofstra alums look forward to returning to their old stomping grounds on Saturday, the RBC are really excited about playing their biggest national gig to date: The Bonnaroo Music & Arts Festival in Tennessee (June 10-13). They’ll be playing with the likes of Jimmy Cliff, Jay-Z, the Kings of Leon, the Dave Matthews Band, and scores of others. But until then you can catch the L.I. dub-aficionados on their home turf: “We play in L.I., NYC or Brooklyn every weekend,” says drummer Mike Celano. “We’re very pro-Long Island!” Look for a full-length record sometime this year….