Tom Clavin and Danny Peary’s biography, Roger Maris, Baseball’s Reluctant Hero, hails the title character as the first mortal who superseded Babe Ruth’s home run record without the aid of steroids or other body-altering chemicals. Baseball is the undisputed greatest-loved sport in the United States, and more so, America’s cherished pastime. And to New Yorker Baby Boomers, the Yankees team of the early sixties was the league’s most electrifying. That decade was a simplistic era devoid of potentially malignant devices such as cell phones, iPods, computers, fax machines and virus-infected emails. The cost of living was harmless; a ticket for a seat high up in the upper deck lightened a spectator’s wallet by two dollars—though from that distance the players were indistinguishable. But you could alleviate your woes with a twenty-five cent hot dog and a fifteen-cent bucket of Coke. 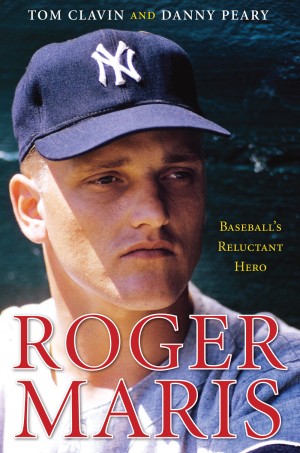 “I lived five subway stops from Yankee Stadium and my father would take me there on Sundays when they played a doubleheader. It was like being in heaven. Somehow, it was always sunny as if it never rained on the Yankees,” reflected the seasoned chronicler, Tom Clavin. “And for the adolescents of my generation, unaware of the underlying politics that influenced the media, Roger Maris was our hero.”

Besides the venerated squad of pitchers, Whitey Ford, Ralph Terry and Art Ditmar, that generation of Yanks also comprised the competitive M&M Men, an acronym for super sluggers Mickey Mantle and Roger Maris. Mr. Clavin and his baseball-encyclopedic co-author, Danny Peary, extracted Maris from that mix and they journeyed through the life story of this great, but unsung athlete. The content of their journal not only renders a biographical account of the home run king, but also imparts a fascinating historic epoch of the sport itself. The book leafs through the sixties’ nouveau, liberal moods of the nation. “The dawn of the 60s forecasted lots of changes for the country. John Glenn had circled the Earth and John Kennedy became the first Catholic president,” reminded Tom Clavin. “And our Yankees were on fire.”

And for the readers who experienced and enjoyed that vintage baseball, these authors sweep them onto a carousel of nostalgic recollections that revamp memories of the grainy, black and white World Series telecasts of that period.
Clavin and Peary seemingly researched every day of Roger’s existence, enriching the tome with interesting but uncomplicated information about him, his career and the long-lasting feud with the media. The narrative, though chock full of easy-to-grasp statistics and milestone events, does not bore the audience with in-depth technicalities; and yet, it revives reminiscences of lazy summer afternoons at the old Yankee Stadium. 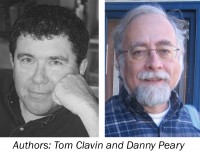 Citing the opinion of people who knew or in some way or other interacted with Maris, he was a reserved and genuinely modest personality. He was born and raised in Minnesota and hosted a humbleness without the infections of auras or pretenses. And perhaps, that combination of traits, which buoyed a rural shyness, was the reason for the journalists to have misunderstood Roger, perceiving him as an uncooperative introvert. Sadly, believing every word printed in newspapers and magazines, the fans jeered and taunted him. And though the spectators’ disrespect and inappreciative sentiments dejected Maris to the point that he despised playing in New York, he continued to perform at his best and strengthened his strive for the home run contest with the highly touted, if not revered, Mickey Mantle.

Over five decades, a legion of sports writers disseminated countless versions of factoids that berated and affronted the misinterpreted Midwesterner. But Clavin and Peary exhaustively sorted through the rumors and confusion, and delivered their protagonist’s historic baseball tenure in so fascinating a style that it can even tantalize the interest of those lacking a passion for the game.