Most movies are directed in a generic style of filmmaking that makes it difficult to name the director. This fits in with a corporate system that strives to create white bread films that appeal to the widest possible audience. However, there are always filmmakers who reject this concept. Their works are immediately recognizable and produce a strong “love it or hate it” response. 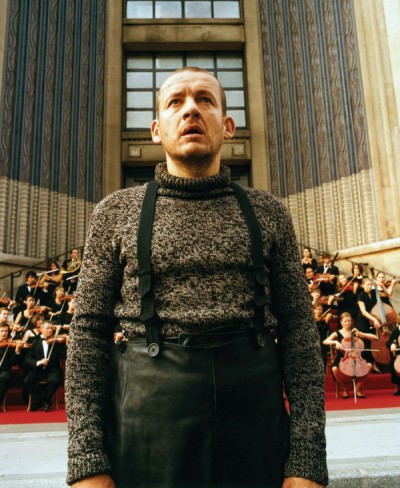 Jean-Pierre Jeunet (Amelie, Delicatessen, City of Lost Children) is like the love child of Terry Gilliam and Walt Disney. He improbably manages to combine Gilliam’s baroque grotesquery with Disney’s sunny vision of the world.

Jeunet’s latest, Micmacs, tells the playful tale of Bazil, a Chaplinesque figure whose life has been marked by two violent incidents. When he was a child, his soldier father was killed by an artillery shell illegally sold to his country’s enemies. Years later, Bazil’s quiet existence is shattered when he is struck in the head by a stray bullet. After being released from the hospital, he falls in with an eccentric band of friends who live underground, including a human cannonball, a creator of robots, a numbers expert and a circus contortionist. Using nothing but ingenuity and imagination, they set out to bring down the two enormous munitions companies that made the artillery shell and bullet that changed Bazil’s life.

Those who dislike Jeunet’s aggressively whimsical style will find little here to change their minds, but his numerous fans and many newcomers will be delighted by the film’s dazzling imagery, dizzyingly intricate plot, and wild slapstick humor.

Harmony Korine’s houses keep burning down. Seriously, two of his houses have been consumed by fire. Somehow, it’s not surprising. Korine’s films (Gummo, Julian Donkey-Boy, Mister Lonely) are punctuated by destruction and loss, sometimes driven by pure self-destructiveness, other times by the perverse twists of fate. His films are always balanced between poetry and chaos. In Korine’s most infamous film, Fight Harm, he had himself filmed while picking fistfights with random strangers. The project was abandoned after Korine was hospitalized and it became clear that bringing the film to feature length would probably result in his death.

All of Korine’s films focus on outsiders. These are not the quirky sort-of rebels who populate so many indie flicks. They are people existing on the fringe of society where life is dangerous and unpredictable. 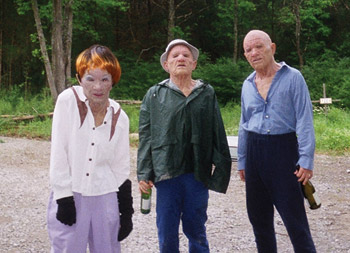 Trash Humpers, Korine’s latest film, is his most extreme and poetic work to date. Photographed on gorgeously smeary VHS tape, Trash Humpers is designed to look and feel like an artifact. It is as if someone found a home movie in an abandoned house. The film follows a trio of elderly, peeping tom, burn victims as they run wild on a spree of giddy vandalism, sex with overweight prostitutes and other strange acts that do indeed include humping trash cans. Korine captures the wild exhilaration of pure destruction and the unsettling consequences of life lived without rules.

Trash Humpers is simultaneously the year’s maddest comedy and most disturbing horror movie.