Hip-hop pioneer Russell Simmons has expanded his artistic and business empire into comedy, poetry, fashion, jewelry, television and nearly every other medium possible, becoming a major cultural force. In 2000, he started Art for Life, a gala fundraising party held on the grounds of his East Hampton estate that has become a hot ticket—starting at $1,500—on the East End charity circuit. The proceeds are used to help support Simmons’ Rush Philanthropic Arts Foundation. (Rush is a nickname for Simmons.) The Foundation makes grants to organizations that provide performing and visual arts education to inner-city youth, mostly in New York City. The garden party is a glitzy affair, attracting luminaries from many fields. Last year, they included actress Vanessa Williams, CNN’s Soledad O’Brien, designer Donna Karan and Gov. David A. Paterson. This year’s gala takes place on July 24. Once again, Simmons, 52, will be hosting along with his older brother Daniel, an abstract-expressionist painter, and younger brother Joseph, better known as Rev. Run of the hip hop group Run-DMC. They grew up in Hollis, Queens. In 1984, Russell Simmons co-founded Def Jam Recordings, which helped to launch hip hop. Even before that, he had begun to produce or manage such artists as Jay Z, Foxy Brown and Ludacris. These days, he’s a vegan, yoga practioner and blogger. Among his many enterprises are fashion lines (Phat Farm, Argyle Culture, American Classics), a film and television production company (The Nutty Professor, Def Comedy Jam), a Visa card, books, an internet portal covering hip-hop culture and an upcoming reality show called, appropriately, American Mogul. He spoke to Long Island Pulse by phone from his Manhattan office.

What’s new or different this year about Art for Life?
Our 10th anniversary last year was a great success. We collected over a million dollars, as we have the last four years. I’d like to do more. It would be nice to break a new number. We have some great auction items. We are trying to get small, significant art and have the art dealers there so we can have a real auction. Some of the recent art auctions at Sotheby’s and Christie’s have not been so great, so I guess people are a little afraid. But we are trying to get very significant art.
Are there specific artists you’re looking at? No, we’re looking at the whole art community. We’ve gotten great pieces in the past from Francesco Clemente, Shepard Fairey and others, but they’ve been one-offs. We haven’t had a real auction, one that an art collector would feel compelled to come to.

Do you think the economy is changing enough so that could happen?
I’ve read that the economy could be getting better. But who knows what will be happen.

How did you get the idea to do the fundraiser in East Hampton for programs that take place in New York City?
We thought all of our friends would come to the event. The ones who donate for the children in inner city schools and around the inner city are New York City people who have houses in the Hamptons. Think about it, we have 800 people come to our house, and they don’t all stay over. They stay in their own houses. 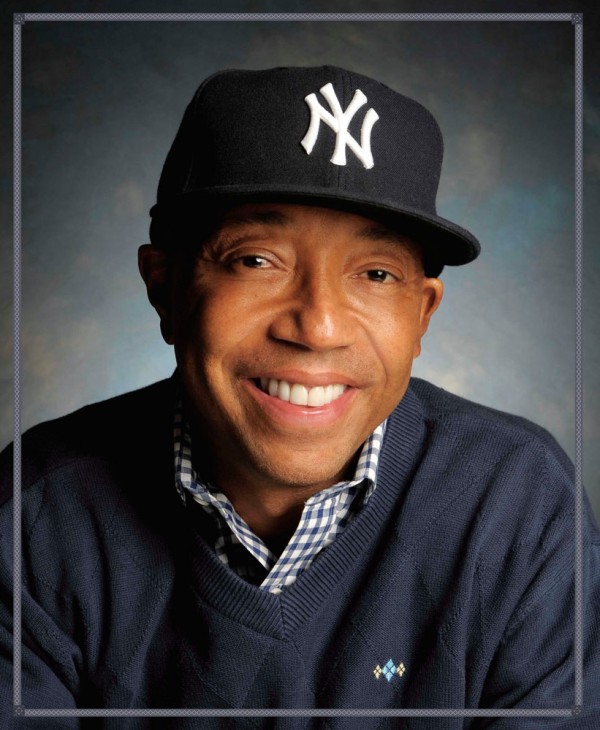 So this is the usual Hamptons crowd of New York City people. You don’t draw from the local area?
Not so much.

How long have you had a house in the Hamptons?
I was there about 13 years or so, but I’ve come for 20 years. At first, I was renting. I spend most of my weeks in Manhattan, but during the summer I spend weekends in the Hamptons.

What do you like about the area?
I like the beach. It’s changed, but it’s always been fun, very calm if you want it to be. There’s always something to do at night, if you want to. I have so many friends out there, and business associates, so I can do business out there, and I can relax. It allows you the freedom.

What do you do on the beach? Do you swim, sunbathe, sit, surf?
I do a lot of meditation. In the mornings, I go to the beach and I meditate. Then I jump in the ocean and I can make the 8 o’clock class at Yoga Shanti in Sag Harbor.

So you get up real early. Do you do that in New York, too?
I always get up early.

How long have you been doing yoga?
I’ve been doing it for about 17 years.

And you’re also a vegan, I’ve read. Did you start that at about the same time?
That was 7 or 8 years later.

Can you describe the programs that your Rush Philanthropic Arts Foundation funds, that the Art for Life event helps to fund, and how you think they help young people? What’s your philosophy about how the arts can help children?
A lot of young people around the world, and all young people for that matter, need to promote the creative side of their brains. You’re not valuable unless you have a creative mindset, so you need an art or creative education. Working those muscles, on that side of the brain, is very, very important. Your job is to be able to innovate, and also to be able to think outside the box. It’s restrictive [not to have that]; it’s the reason we make such horrible choices about the environment, about each other, about the animals. We can rectify some of humanity’s struggles if we exercise our creative muscles. And scholastic ability is helped dramatically by having art programs and creative programs. Our programs support all kinds of poetry and painting, and some music programs, too. They give kids a chance to think outside the box.

Did you get this kind of stimulation when you were growing up in Hollis, Queens?
I did get this kind of stuff. I was lucky. Back then, they had those kinds of programs in public schools. It’s only in recent years that they started to cut them. They are cutting, even as we speak.
You’ve described the area where you grew up as being middle-class, but with a lot of drugs on the streets. How would you describe your early life? I had very good parents. As I got older, there was a crack epidemic and a lot of bad influences. It was very difficult being surrounded by that. The appreciation of art saved me and my brothers as well, so I understand why it’s so important. Thinking creatively, that’s big. It can get you out of situations.

Your relationship with your brothers seems enviably close. Is that so, and how much time do you spend with your brothers?
We are very close. We spend not enough time, though we do spend quite a bit of time together.

Do they have places in the Hamptons, too?

No, but they visit me quite often.

You seem to have close ties with Rabbi Marc Schneier, with whom you started the Foundation for Ethnic Understanding. Did you meet him on the East End, where Rabbi Schneier founded a synagogue [in Westhampton Beach]?
I met him in New York. It’s one of the many things I do. I run many charities.

Last year the United Nations named you a Goodwill Ambassador to promote their project of building a memorial to the victims of slavery. Are you still doing that?
Yes. I’m also interested in trying to help organizations that fight modern-day slavery, in Cambodia, Ghana, America. There are 27 million modern-day slaves. In the US, they work primarily in sex shops. There are people being transported all over this country who are slaves.

In your Global Grind blog, you wrote that you are a big fan of social media and called it “the new hip hop.” Why do you think it’s important?
Because people get a chance to express ideas that might not make the media otherwise. They become their own revolutions.

You have a Twitter account, I noticed. Do you tweet a lot?
Yes. I enjoy it. I use it when I read about social and political things I care about.

Tell me about your upcoming book, Rich Inside and Out. What’s it about?
The idea of going inside, of finding that strength inside you, and finding abundance, is a very attractive goal. And also finding happiness. So the book is about becoming a happier person, a harder working, more spiritual, more connected person. A byproduct of that is money, worldly success. My last book, which Oprah made a success, was Do You! [subtitled 12 Laws to Access the Power in You to Achieve Happiness and Success]. This one will come out in September or October.

Will you be on Oprah again?
That’s up to her. She hasn’t read the book yet.

I saw [on globalgrind.com] that you have a competition going on for the cover. Do you think you’ll use one of the covers submitted there?
I hope to. I’m having such a difficult time deciding. Some of those that have come in have a picture of me doing yoga and some are of me standing next to a Rolls Royce. They’re dramatically different. I don’t know what to do. I’m giving it more thought and I’ll try to come up with one that will incorporate all the ideas.

So you don’t see that Rolls Royce as being incompatible with a spiritual life?
It’s a byproduct of a spiritual life, but it’s not desired by all people who are coming closer to a comfort in themselves. Many start out thinking that’s what they want out of life, but as they become evolved they may want different things. You want to relieve suffering in other people; that could be what makes you whole. Each of us is looking for stable happiness.

What got you started on this path?
Cute girls in yoga class.

Are you still involved in hip hop?
Global Grind is a hip-hop site. It’s like the Huffington Post of hip hop. It’s been going on about three years and it’s growing very quickly.

What’s happening with Def Poetry Jam, which is a favorite of mine?
We are going to shoot new poetry jams in the series called Brave New Voices. We’re going to start that soon, for HBO again.

And you’re starting a reality series?
We’re going to start shooting next month [June]. It’s called American Mogul. It’s on Oxygen, and it’s about the girls in my office, and all the different charities and businesses that I operate. I’ll be on it. It looks like I might be going to Africa, to the World Cup, around the 4th of July weekend. I’m going there with the cameras, but I’m going for a bunch of other reasons. We’ll have a fashion show and a few other things.

I don’t understand how you do all that you do. So you’re still involved with fashion?
We have one line at Macy’s, one at Wal-Mart, and we launched one at Sears the other day. [Here, Simmons is whisked away by colleagues into an elevator, on his way to a board meeting for one of his many enterprises.]