Patchogue is a unique LI situation: A thriving community of bars forming the anchor for much of Suffolk County’s music scene. Arguably, the two that created this happy bit of adult fun are the Brickhouse Brewery and Bobbique. Facing off across Main Street, they complement each other and provide needed diversity in a respectful and non-competitive relationship based on differing models of operation. 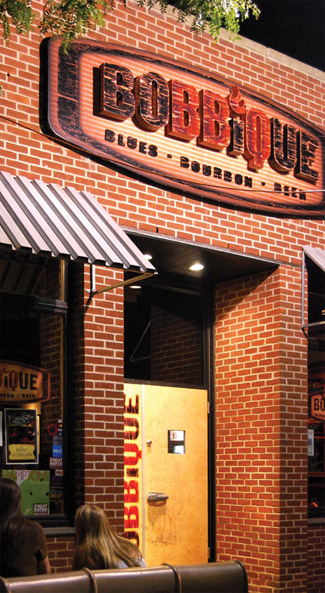 Eric Rifkin is the owner and host, and he strives to “create a fun neighborhood joint to eat, drink and hear music.” His idea is to bring Beale Street to LI with true Americana, food, craft beers and Blues, and that seems to be the key and has been for 4 years. A gourmet chef and sommelier by trade, Eric keeps his myriad of taps and bottle selections diverse, interesting and features many craft breweries from the local Blue Point Brewery guys to a whole host of great nationwide offerings. Luscious smoked meats and grilled offerings are the best this side of Memphis. This open ended and fine selection fits into the music from national acts to local superstars and there was even a short series of Monday night blues movies. The tunes continue to pour out of the poster bedecked stage that has played host to Magic Slim and Sam Taylor, Kerry Kearny and Toby Walker and more that its share of charitable events and fundraisers.

The Brickhouse started as a brewpub and still brews many of their offerings within the venerable brick walls of the former Shand’s Hardware store. Brewmaster Mark Burford makes hoppy and malty ambrosia here and around the corner at Blue Point Brewery. The music is the purview of the Right Reverend Jimbo (aka James), who strives to bring the energy and freshness of Williamsburg to the club. He’s constantly on the lookout for original acts with new, fresh flavors like the urban/Brooklyn scene that is thriving to our west. 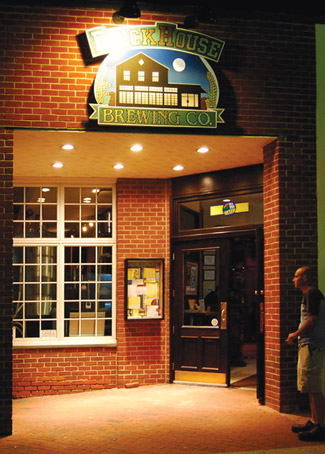 The atmosphere of the House differs dependent on the night and as Jimbo explains, “It has a life of its own.” Efforts to expand and widen the varieties of offerings while simultaneously making everyone happy is difficult but “this project in self expression has resulted in the creation of a scene that people naturally gravitate to” and is reinforced by the emphasis on original bands that show expansive creativity with maybe a few covers to whet the appetite. Many special nights have passed on the black and white tile floors of the House from the traditional Sunday kickoff jam with bluesman Jim Coleman, to hanging and rubbing shoulders with local politicos, and even to the gospel karaoke night, which turned into a holy roller crusade against demon alcohol! More often than not, the sidebars and little interactions that happen during an event is what makes attending so special because a “delicate balance exists between those who simply watch and those who play and those who become part of the show by their partnership with the performers.” No slouch when it comes to fine food including a selection of stellar burgers, standout raw clams and oysters and erudite and unusual barmen, the Brickhouse isn’t your father’s Oldsmobile, no it ain’t!