Larrin Gerard has that gift of straightforward songwriting that makes you feel like she knows everything in the shadows of your heart. Sometimes it’s sweet, and sometimes it’s agonizing, but you still come away from it feeling a little better, a little more like you know who you are.

Larrin, like many Long Island musicians, has transplanted herself to New York City—and like many transplants, she still feels like an Islander at heart. Despite the trek, she is at home in the Patchogue music scene that has sprouted up over the last few years. 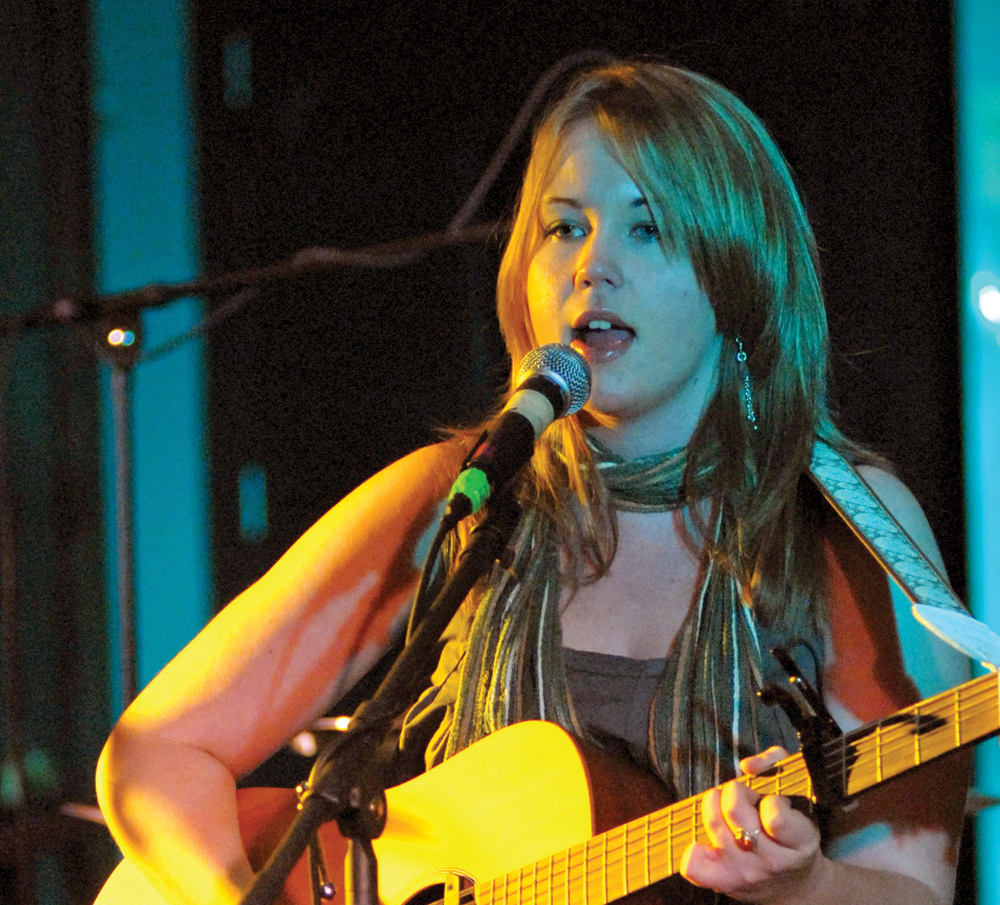 “The town of Patchogue has become like this music hotspot, there’s no way to ignore it. Patchogue when I was growing up was very different than it is now; it was like this forgotten little township.” One of Larrin’s first performances in the area was at Live in the Lobby at the Patchogue Theatre. She was invited to play by the concert series’ curator Christopher Capobianco after he’d heard her at one of the local open mic nights. It was an excellent match, because Larrin has always been a major supporter of the local scene, and the Lobby has become a central hub for the scene itself.

The Live in the Lobby concert series features local original musicians in (you guessed it) the Patchogue Theatre’s lobby—which itself seats 50, with plenty of standing room. It is currently in its fifth season and is consistently well attended. The showcase, like the theater itself, is run entirely by volunteers, and has given local original musicians a space where they can be a real, visible part of Long Island culture.

Jessie Haynes has spent her life playing music across the east and west coasts, and occasionally internationally as well. Lately she’s made a home for herself on the east end, heading up a concert series at a beautiful old restored theater in Riverhead. The Vail Leavitt Music Hall is an antique theater run entirely by volunteers, which may just have a ghost or two amongst its velvet curtains and balconies. Jessie feels like her involvement with the Vail has a measure of fate in it. 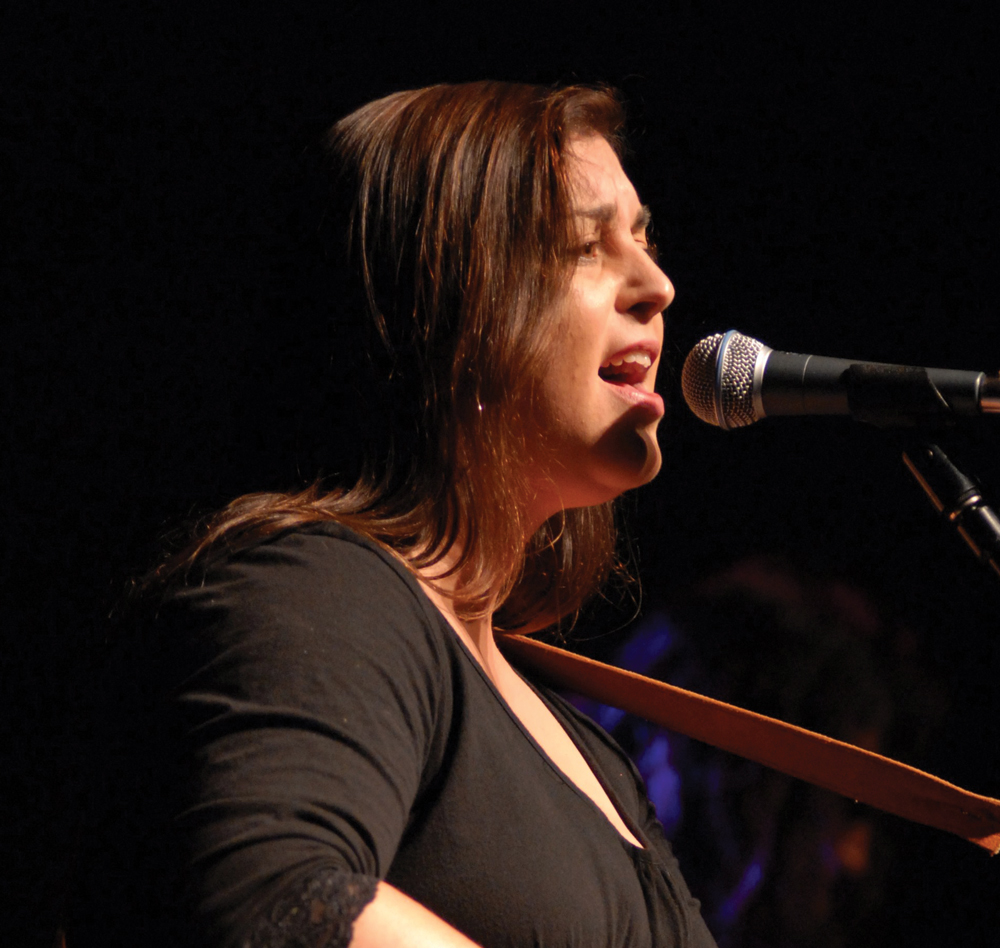 “For years The Vail was just this really cool and kind of mysterious place that was always looming in the back of my mind. There was a little voice that would remind me that sooner or later I should try to get involved there. I don’t think I really had a choice.”

Jessie’s concert series, Original Voices at the Vail, is a monthly showcase featuring Long Island songwriters. There’s an intimate open mic before and after, and the Vail’s two stages and decadent atmosphere tend to leave both performers and audiences feeling a little awed. The proceeds go to the not-for-profit organization that runs the Vail, which also presents the Riverhead Blues & Music Festival.

In person, Jessie exudes the unmistakable air of someone who is accustomed to taking journeys, both physically and spiritually. Her enigmatic lyrics and expressive vocals add to that feeling—but you haven’t gotten the full story until you’ve watched her grab a Les Paul and make it wail in the middle of a set. Jessie’s music will grab you by the sleeve and take you for a journey of your own if you let it.

Jessie’s new cd, Vampire Kiss, is due to come out in the next few months. Find out more about her and the Vail at jessiehaynes.com and vail-leavitt.org.

Angela Quiles/The Pisces and the Cup

Angela Quiles is the girl you knew in high school who dressed in black and was kind of quiet, and turned out to have notebooks full of the most moving art, poetry and lyrics. Angela’s dark, moody songs have been dubbed by friends with the genre “funeral pop,” and their themes range from relationships to biographical portraits to religious allegory. Simple, hooky guitar playing accompanies a vocal style that is both raw and theatrical.

Angela got her start in the recently-closed Pisces Cafe, which was an itty bitty Mecca of art and music in the heart of Babylon Village. “Pisces was like my niche, my place, my comfort zone… Jeff [one of the cafe’s owners] always encouraged artists, and he encouraged me too.” 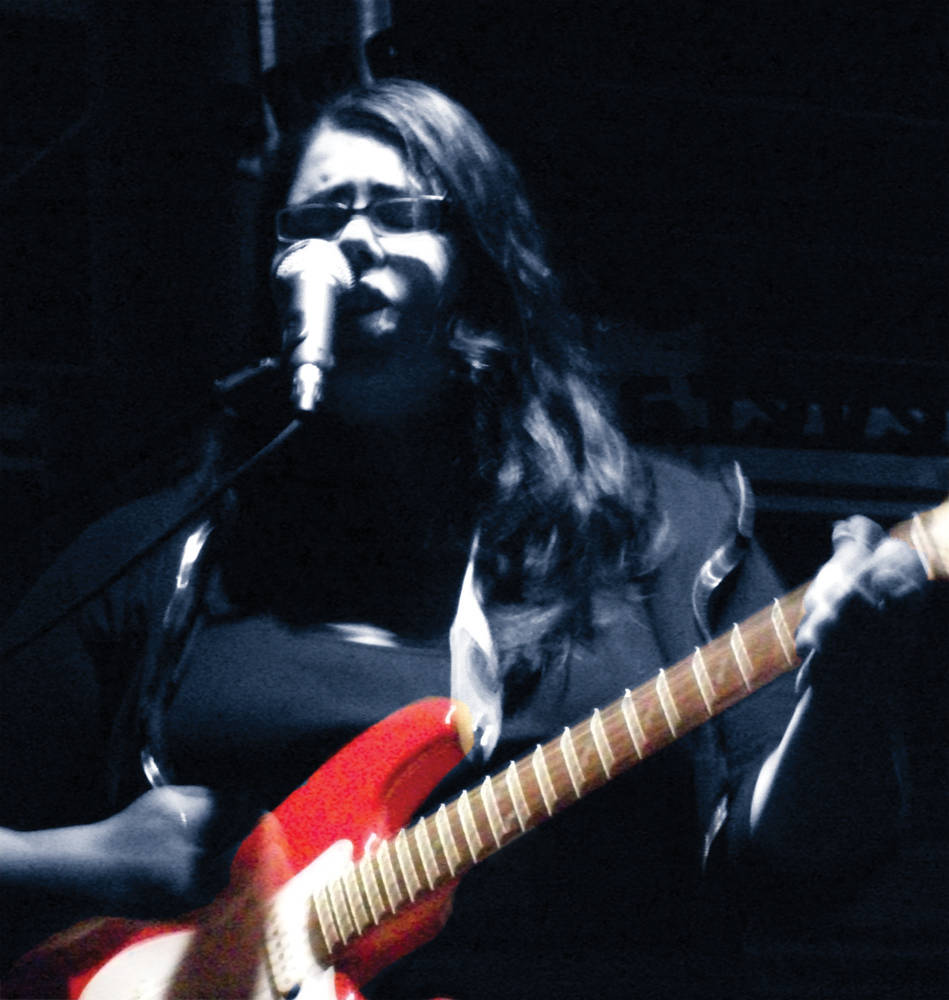 Since the cafe’s closure in December 2009, Angela says she felt lost for a while. She’s gravitated recently to The Cup in Wantagh, which has been featuring original Long Island musicians and artists for years.

The Cup is that rare venue that manages to keep its doors open and thrive while still supporting local art, music and alternative culture. Live acoustic music can be heard nearly for free ($1 per person, which goes to the artists) on weekend nights and the walls of the cafe serve as a gallery for local artists. It’s also worth noting that the Cup is one of the only places on the Island that folks under 21 can go to hang out and listen to live music on a Saturday night.

It’s really hard not to like Jay Scott. His songs are simple and passionate and sneak into your heart without asking for permission. Jay’s vocals are raw and soulful and soaring. He gets compared to Joe Cocker sometimes. Here’s the similarity—even if you’re not always 100% positive what he’s saying, you know for sure he means it. 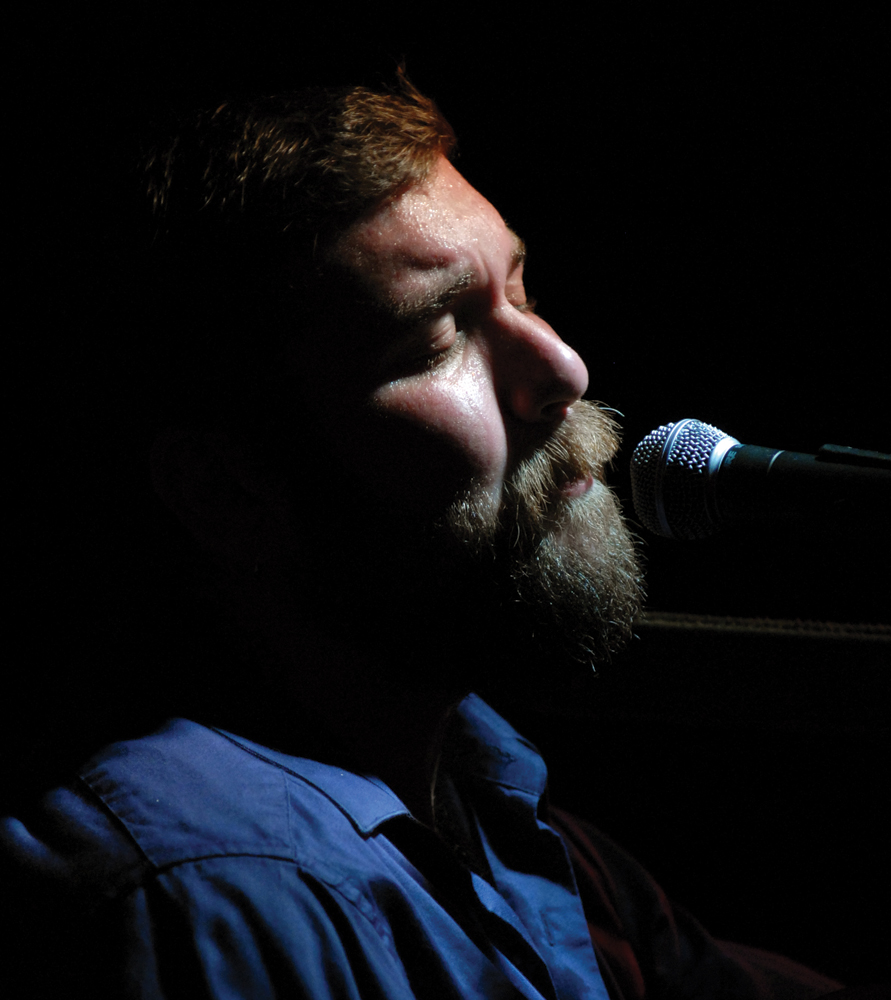 And as you’re listening, you find that you mean it, too.

Jay’s main focus in songwriting is honesty. “I have never had a problem with saying what’s on my mind even if it sometimes gets me in trouble… I began writing songs because I felt like I needed to get something off my chest.” Jay’s a family man and a lot of his recent songs focus on his kids.

Patchogue is Jay’s hometown and as he’s quick to point out, “You don’t always have to go to the city for good music.” He recorded his live album, Homegrown, in the lobby of the Patchogue Theatre, has been playing at the Brickhouse with various other musicians since 2002, and recently has been doing a lot of gigging at the Sage Cafe in nearby Blue Point.

The Sage Cafe is a homey pub and eatery with Blue Point beer on tap and lots of music and events throughout the week. They focus pretty exclusively on local, original music. On Saturday nights, music gets going around 10pm and has been known to carry on into the wee hours of the morning.