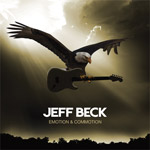 Jeff Beck
Emotion & Commotion
(Atco)
This is Beck’s first studio album in seven years and it’s easily one of his best ever. The ex-Yardbirds ace has set out once again in new directions, with a 64-piece orchestra supporting him on music from Puccini, the film Atonement, a cover of “Over The Rainbow,” and the opener, Jeff Buckley’s “Corpus Christi Carol.” There’s also guest vocalists Joss Stone on the old rock chestnut “I Put A Spell On You” and Imelda May on the smoldering “Lilac Wine.” The ageless one continues to make his case as the greatest living guitarist on the planet.

John McLaughlin and the 4th Dimension
To The One
(Abstract Logic)
Like Jeff Beck, John McLaughlin cut his teeth on the 60’s British blues scene and then took off in jazzier directions. Through twelve albums with Miles Davis, his founding of both the Mahavishnu Orchestra and Shakti, countless other collaborations and his solo acoustic and electric jazz career, McLaughlin has continued to secure his place as an innovative, trailblazing, uncompromising guitar legend. On his second self-released album, he continues the electric jazz fusion style of the past few years. The album is a perfect followup to last year’s Five Peace Band collaboration with Chick Corea. 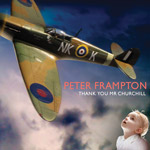 Peter Frampton
Thank You Mr. Churchill
(A&M)
Frampton’s first album in four years and his second back on A&M is one of his strongest releases in some time. Shifting between heavier rock numbers and an electric guitar style that has the same relaxed ease of Mark Knopfler and the early days of Frampton’s Camel, Frampton has found a perfect balance between his signature sound and moving in a new, very cohesive direction. It’s been some time since Frampton has made an album that has such a unity of thematic and musical purpose.

The Chieftans Featuring Ry Cooder
San Patricio
(Hear Music)
This is one of the most unlikely musical collaborations in years, yet it works on every level. It is also an album that in spirit and musical style reflects Cooder’s Latin-inspired, world-music view. Cooder, in fact, steals the show with his idiosyncratic, understated guitar sound, which is only equaled in laid-back music originality by J.J. Cale. Now that would be a guitar showdown I would pay to hear. 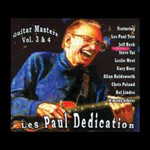 Various Artists
Guitar Masters Vol. 3 & 4
(BHP)
Guitar music fans will love this followup to the first double-volume tribute to Les Paul. On this second double-disc outing, guitar gods Jeff Beck, Steve Vai, Leslie West, Alan Holdsworth, and Billy Sheehan, among others, pair up with such collaborators as Lord Sutch and Max Middleton on a labor of guitar love.