Thirty-three years ago, Wally Backman signed out of high school with the Mets, went to Single-A and made a beeline to the majors, where he won a World Series as well as the hearts of many. Now at age 50, Backman’s back in A-ball, this time as the manager of the Brooklyn Cyclones. 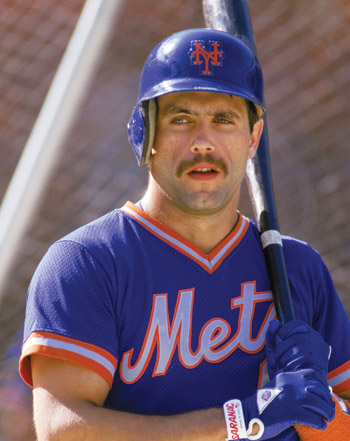 He’s there to teach, not just how to execute a bunt or turn two, but with a well-documented speckled past to remind them of how things can go awry.

“Did I make a couple mistakes?” Backman asked rhetorically, referring to the DUI, harassment charges and debt that cost him the Arizona Diamondbacks managerial gig in 2004. “No question about it. That’s ten years behind me. It’s the past. It was a costly mistake for me, but then again, I learned from it and I can flow that to the players and hopefully they don’t make those mistakes.”

The blunder aside, Backman is still one of the more beloved members of the ‘86 title team, not just for his nine years in Flushing or because he hit .333 in the Series against the Red Sox, but also because his uniform was dirtier (evidence of his effort) than most other players’ at day’s end. That’s almost how these Cyclones and all those he sees will be judged—how much do they want it?

He hasn’t had a difficult time instilling his fieriness in his players, whether it was leading Arizona’s Single-A Lancaster Jethawks to an 86-54 record—The Sporting News named him “Minor League Manager of the Year”—or the independent South Georgia Peanuts, a position he held after the controversy, to a 59-28 mark.

“I really believe that players take on the personality of the manager,” Backman said. “One thing you have to do as a manager is earn the respect from your players. I’ve always been able to do that. Once you earn that respect, you can kind of mold them into a certain kind of player.”

There are some who especially embrace the blue-collar mentality, like Joey August (Stanford) and Cody Holliday (Wilmington), two standouts, according to Backman, in extended spring training, at least in terms of effort. 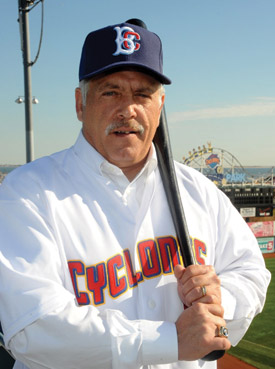 The great majority of players he coaches weren’t even alive during that magical 1986 season, but making the big leagues, maintaining one’s spot there, and winning a championship, has long been on the minds of nearly every player Backman sees.

“One thing I do know is they’re getting taught correctly,” Backman said. “They’re learning the right things. I’m going to get them as fundamentally sound as I can get them in one year. I’ve always loved to teach, and one thing I expect from players is perfection.”

Backman is just about the perfect fit for the position, even if he isn’t perfect himself. He was dealt to Minnesota in 1988 after a long run with the Mets. Now he’s back with them, and like the players he coaches, he dreams of getting another crack at a major league job.

“No question, the reason I manage at the minor league level is to give myself the opportunity to manager in the major leagues,” Backman said. “The goal right now is to make the Brooklyn players as good as they can be and to get them to Citi Field as fast as possible. The long-term goal is absolutely to manage in the major leagues. I wouldn’t be here if it wasn’t.”

Photos courtesy of the Brooklyn Cyclones