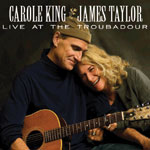 Carole King & James Taylor
Live at the Troubadour
(Hear Music)
This 2007 concert, recorded at California’s quintessential showcase club, features the music that King and Taylor released at the early-70’s birth of the singer-songwriter movement. Backed by Taylor’s core trio of that period, the two alternate songs with vocal harmony backing in a stripped-down, organic setting that puts the focus on seminal songs of the time that remain timeless. The package includes a CD and a DVD of the concert and is a loving tribute to a magical time. 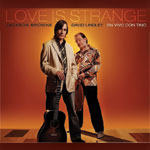 Jackson Browne/David Lindley/En Vivo Con Tino
Love Is Strange
(Inside Recordings)
Aside from one studio album in 2008, Jackson Browne has recently been releasing live albums, on which he reinterprets, in mostly acoustic settings, some of his best-loved songs. This third live release in five years, a double-CD recorded on a short tour of Spain from 2006, reunites Browne with David Lindley and also features musicians from the area. The Spanish flavor is nothing new for Browne and it brings out his sometimes-overlooked world music view. 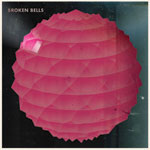 Broken Bells
Broken Bells
(Columbia)
The Shins’ James Mercer and super-producer Danger Mouse have come up with a side project filled with radio-friendly tracks, particularly “The High Road” and “Vaporize.” There is also the very Gnarls Barkley-sounding “The Ghost Inside.” Much in the vein of Zero 7, Broken Bells rescues electronic music from sterile beats and makes it something warm and inviting. 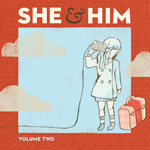 She & Him
Volume Two
(Merge)
Actress-turned-singer/songwriter Zooey Deschanel and producer M. Ward are back with their second collaboration. While still a quirky duo, on this follow-up, the music is a bit more accessible. It’s obvious that they intended to continue to work together after their debut, but I’m sure they never envisioned such widespread interest. This sophomore outing will only bring them more fans.