Sometimes you have to go abroad to understand the home front. A few years ago, I attended an exhibit of abstract-expressionist work in the South of France. It was a show that displayed the pantheon of contemporary art. What struck me was just how many of the paintings that had made their way to fortified medieval village of Saint Paul de Vence had been created on Long Island.

Long Island’s 120 miles have given birth to much of the 20th century’s most vibrant and lasting artwork. Given a current pulse check on Long Island’s 21st century art world, it would appear the early prospects are looking quite good.

As has been widely reported, the recent economic cataclysm hit the arts like a two-by-four, leaving many of the best galleries operationally stretched, saddled by suffocating fixed costs and ultimately ill-equipped to navigate the downturn. 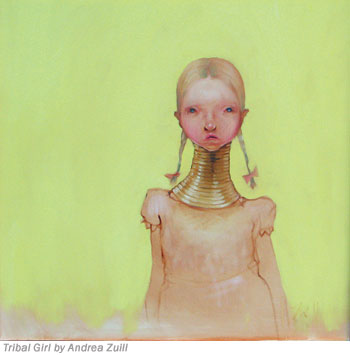 A bevy of blue chips have already thrown in the towel. Many an art-world insider is quick to observe that flush times had left the art world bloated, riddled by carpetbaggers and work of questionable merit. But this article is not about passing judgment on the thinning of the herd.

Nor are we here to further document the implosion. What’s fascinating is the select group of galleries that have successfully ridden the art world wave, entered the darkness of the barrel, and emerged with an enviable degree of vitality and momentum. Surfing analogies aside, this story is about a few galleries on Long Island who have embraced the new economic reality as an opportunity to grow and a mandate to rethink the prevailing art world paradigm. Not surprisingly, each gallery cited is a magnet for uncompromising talent and their owners maintain a degree of passion that is truly infectious.

Let us begin the tour.

A motorist would be hard-pressed to travel a more beautiful stretch of road than Route 114 through Shelter Island. 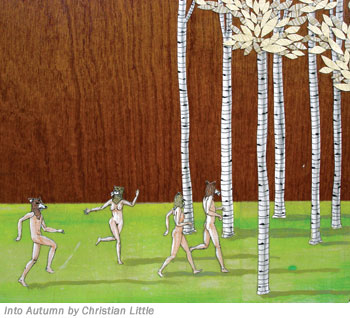 Any art lover who finds himself on Shelter Island must make a point of visiting Karen Boltax at her Boltax Gallery. Shelter Island is the apex, the absolute pinnacle of the “country meets sea” equation, and its low-key charm and magical woods are a terrestrial intoxicant.

Ask Karen Boltax about weathering the storm and she quickly redirects the conversation. “When the bottom fell out, the ‘fold-up-the-tent’ strategy was pretty obvious. Yes, the business model needing reconsidering, and this has been a silver lining of the downturn—that challenging of old ways of doing things.”

As an example of paradigm-shifting innovation, Boltax Gallery created a collaboration between artist Sylvia Hommert and Tiffany & Co. Hommert’s work is jewel-like and Tiffany’s is all about jewels, so the marriage seems obvious in retrospect. That’s one of the accoutrements of great ideas though—the illusion that they are easy. In fact, when I was privileged to speak with the late Rudolf Arnheim about the Bauhaus’ legacy, he said that Bauhaus movement founder Walter Gropius’ greatest contribution to art was that “he pushed it in bed with commerce.” Tiffany’s under-utilized wall space and Sylvia’s work were the crystallization of the Bauhaus model, and a great success to boot! Hard times reveal innovators—it’s that simple. 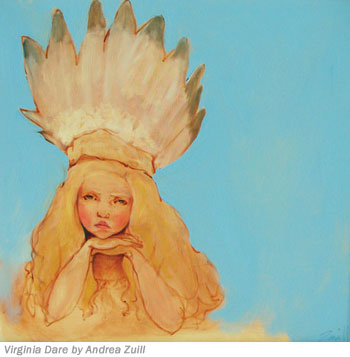 And Sara Nightingale is another. “For me, it’s all about what’s happening next.” Sara has that particular strain of aesthetic virus associated with Betty Parsons, Leo Castelli and any gallery owner committed to protecting the flame of artistic inquiry.

Nightingale’s Shelter Island gallery remains a hotbed of cutting-edge art as it was in Water Mill. She is unapologetically attracted to young artists who work with their naiveté and fearlessness; the youthful mind is unbounded not yet familiar with what Kafka famously called the “art of compensation.”

Sara is the kind of gallerist who artists will go to war for. Who else would show Seth Adelsberger’s hieroglyphics meet Jedi cityscape paintings, or Sara Trigg’s fractal monsoons? Figurative, illustrative and with a focus on narrative, her artists tell stories in surreal keys. “Some people call this work lowbrow or cite the Juxtapoz Factor (Juxtapoz being an influential art magazine/website with a strong west coast vibe.) What interests me are the kids today who grew up on video games and who have a unique perspective on what a story is and how it plays out. 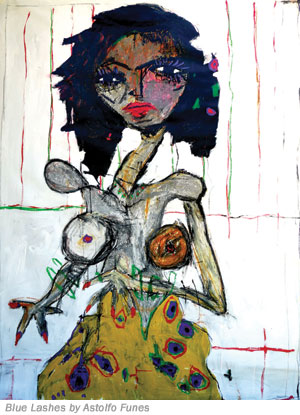 Their virtual worlds have reinvigorated art in a way that does not require any special understanding of art history or semiotics.”

Back in venerable East Hampton, we find Esperanza Leon, who has staked out a unique vantage point where Latin American art meets the South Fork.

Leon is the owner/director of Solar, a space devoted to Latin American art and design. It’s kind of funny how perfectly many of Solar’s artists fit into the New York art cosmos. The love affair between our coast and the Spanish has been in full bloom since the 1500s, and Esperanza is a twenty-first century chaperone for this ongoing romance that has skewed to our south in recent decades.

Like Boltax and Nightingale, Esperanza Leon has thrived in the wake of the downturn because she was innovating long before the bottom fell out. “Since 2005, Solar has existed in my family home. I created a gallery space…to be a refreshing departure from the intimidating white-cube gallery environment. To me, this makes perfect sense because art is life and belongs in everyday environments.” Not to mention it keeps the overhead low.

Esperanza is the best of what collectors should look for in a gallery owner and friend. “I grew up in East Hampton. It was once a place of quirky stores that stayed open daily until 11pm, with throngs of visitors and residents looking for fresh ideas. I recognize the place that great global brands play in the panoply of East End commerce, but I am committed to a revitalization of the quirky, creative and uncommon…after all, that’s what made the Hamptons great.” 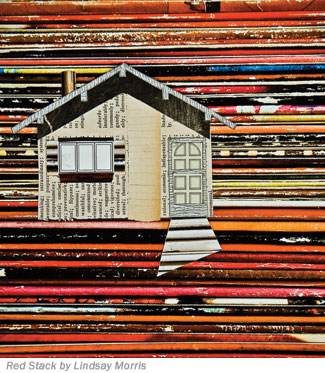 To that end, Solar is showing the work of Astolfo Funes this summer, a passionate, risk-taking painter in the best of the Latin spirit. His flamboyantly colorful, expressionistic paintings of everyday women are inherently bold and visually exploratory.

These are just a few examples, but substantiative. The question for the Long Island’s future art world is not about the galleries. Long Island is still home to visionary stewards of great art. And education, leisure time and money are alchemy for art appreciation. Thus the question at hand is somewhat broader: Are we, as a region, nurturing an environment that invites creative people and extends opportunities for them to pursue their ideas with the boldness and autonomy that such acts of inventiveness demand? When Jackson Pollock sought out Springs as a place to work, he did so in part because Springs was affordable for an artist. Same with de Kooning and so many others. And now?