Summer is here! For movie lovers, that means the movie landscape is dominated by Hollywood blockbusters. These mega-budget behemoths can provide plenty of excitement but often hit only a few repetitive notes: Loud, flashy and mindless. However, viewers seeking imaginative alternatives have a number of enticing options. 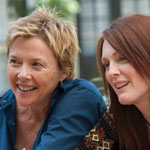 THE KIDS ARE ALL RIGHT
(Expanding in August)
Lisa Cholodenko’s hilarious and very human new comedy is the first mainstream movie to explore the rapidly changing face of the American family. Nic (Annette Bening) and Jules (Julianne Moore) are a longtime couple with two teenage kids who find their lives turned upside-down when their daughter (Mia Wasikowska) seeks out the sperm donor (Mark Ruffalo) who her moms used to father her and her brother. Cholodenko probes the awkward complications facing this very modern family, while also showing how all families are ultimately the same. 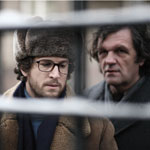 FAREWELL
(August 6)
While news of the recent arrest of an incompetent Russian spy ring has been mainly received with “gang that couldn’t shoot straight” jokes, Christian Carion’s powerful new thriller, Farewell, is a vivid reminder of the days when the Cold War between the USA and Russia was a matter of life and death. Based on events that led to the dissolution of the Soviet Union, Farewell tells the real life story of an ordinary French engineer caught up in the schemes of a KGB officer (filmmaker/musician Emir Kusturica) who becomes a double agent. Using a low-key approach reminiscent of the classic spy sagas of John le Carré, Carion brings out the human story behind the headlines. 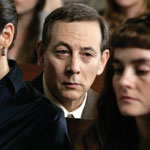 LIFE DURING WARTIME
(August 6)
Todd Solondz (Welcome to the Dollhouse), America’s comic poet of suburban misery, returns with a sequel to his 1998 masterpiece Happiness. Solondz recasts every part with a brilliant new ensemble that includes Charlotte Rampling, Paul Reubens, Ciarán Hinds and Allison Janney, but his characters are fortunately just as unhappy as ever. Although not as strong as the original, Solondz can still draw more humor from the nightmarish embarrassments of life than any other filmmaker. 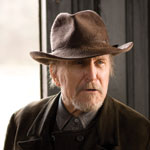 GET LOW
(August 13)
In this humorous fable, legendary actor Robert Duvall shines as an aging hermit in 1930s Tennessee who has lived in the backwoods for nearly forty years. After hearing of an old friend’s death, he decides to throw himself a “funeral party” where the secrets and myths of his mysterious life are unveiled. With an amazing cast that includes Bill Murray and Sissy Spacek, filmmaker Aaron Schneider has created a mesmerizing tale of guilt, loss and redemption. 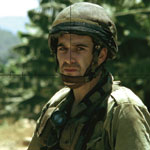 LEBANON
(August 27)
With Israel’s blockade of Gaza in the news, Samuel Maoz’s gripping new war movie arrives at an unexpectedly timely moment. Maoz literally locks us into the experiences of an Israeli tank crew during the June 1982 invasion of Lebanon. As the unit maneuvers deeper into Lebanese territory, they find themselves bedeviled by questionable allies and an increasingly hostile landscape. The film’s portrait of a technically advanced force struggling against home-grown local fighters should be required viewing in both Israel and the USA.