I can just picture it now: you, drooped over your computer (and more specifically, a Safari tab opened to my superb beer blog), mega punching “Refresh” with your mouse, over and over and over again.

Well, now you can FINALLY rest easy, my sexy readership. “It” has finally returned.

Yes, that’s right. “It” has come back to play. Please join me in welcoming back everyone’s favorite alcohol-affectionate blog program, the “Commence Cuddle Sesh Series”!

(Note: I have decided to drop the “C.C.S.S.” abbreviation. The “Commence Cuddle Sesh Series” will only be referred as that, and that alone.) 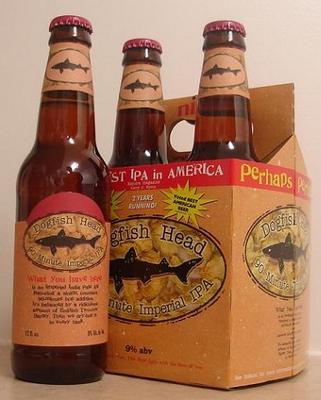 Why: I will be the first to admit my lack of cuddling experience with the IPA (an abbreviation for India Pale Ale, a style of beer that traditionally features a boisterous hop content, a floral and fruit nose, and a bitter, malty taste evident of alcohol), which is why I have been so adamant as of late to sample more whenever the opportunity arises.

Despite an exhausting eleven hour shift at work, and the numbing comfort that a familiar brew selection would provide, I was determined to further explore and educate myself on IPA’s. Fortunately, Swift Hibernian Lounge (http://www.swiftnycbar.com) in Manhattan’s East Village made this desire come to fruition rather easily, as an IPA I have continuously read stellar reviews on, Dogfish Head’s 90 Minute Imperial IPA (an Imperial IPA, or Double IPA, is basically an IPA “hopped up” on steroids), was on tap.

An initial sip (which, to be more honest, was more of a gulp) transported me into a realm of sweet, sugar-dancing love, where miniature dogs and fishes and heads and Dogfish Head bottles all frolicked with harps and other angelic stringed instruments, chanting “Bye female social acquaintance! Bye Hibernian surroundings! Bye Earth! Hello cuddle session!” in unison.

Complex, full-bodied and warm, the 90 delivered robust hops and bitterness, but did so while tucked beneath a thick layer of sweet, fruit malt flavor. Both parts complimented one another quite well (the nose was more hop than sweet, but the taste went the exact opposite way. True complexity.), and I could easily see why this craft beer is such a favorite among Hopheads across the States. Just as a warning, though: this is a ballsy brew that possesses an extremely dangerous combination of delicious taste and high alcohol content (9.00% ABV), so I suggest taking a chill pill while cuddling up on one.

Thus ends the recalling of my intimate experience with the Dogfish 90 Minute IPA.

When will we see the third installment of the “Commence Cuddle Sesh Series”?

No one is exactly sure. Not even me. Think of it as an alien dino-cyborg invasion against all mankind, or the resurgence of Hip Hop emcee Tupac Shakur. When the time is right, “It” will come.

But until then: be ready, peoples. Be ready.