So baby, this is freedom
And finally you’re out on your own
And you left in such a hurry,
But you’ll never get away from this home
— From “Turncoat” by The Narrative

When singer/keyboardist Suzie Zeldin responded to singer/guitarist Jesse Gabriel’s three-page ad for a band member on Craigslist, they had no idea that they grew up a few minutes away from each other in Bellmore, NY.

“At the time, I was living on the Upper East Side in Manhattan and Jesse was commuting from Long Island on a daily basis for work,” recalls Zeldin. “We spent a lot of time writing together and started playing open mics and small shows around town just to get comfortable. Neither of us had been in a serious band before… And when we decided to record some songs we had written, our producer, Bryan Russell, recommended drummer Charlie Seich, who’s from East Meadow, just 15 minutes away from us.”

This serendipitous meeting led to the creation of their dynamic, indie pop-rock band, The Narrative, named after the Narrative Paradigm theory of storytelling, which is appropriate for their candid tales that range from the cheery (“You Will Be Mine,” “Cherry Red”) to the melancholic (“Trains,” “Winter’s Coming”). After listening to their eponymous full-length which came out in July, it’s clear the Narrative’s diverse, layered sound will take them far. Comparisons have been made to Deathcab for Cutie and, fellow LIer’s, Straylight Run (also known for their dueling male-female lead vocals). While influences include Deathcab, No Doubt, Band of Horses and famed locals Brand New, art and film also inspire the trio. 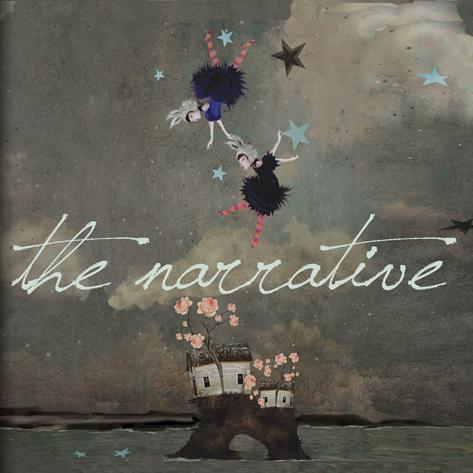 “I think art and film make their way into our writing both in the form of melody and lyrics, as well as band image,” notes Zeldin. “The album art is a pretty good example of that. We worked with artist Karen Preston to construct a little story that plays out in the lyric booklet, while the outside packaging sets up the landscape.”

To hear sonic soundscapes off their latest 13-track CD, head to the Vibe Lounge in Rockville Centre on Tuesday, August 31st, where The Narrative will be joined by their tour mates The Scarlet Ending (from Syracuse, NY) as well as their friends Statespeed, who are also from the Island. http://www.thenarrativemusic.com/; http://www.myspace.com/thenarrative