Now, with the recent obtainment of their New York State Brewer License, Rick and GSBB are ready to go official—and they would like to invite you to help celebrate. 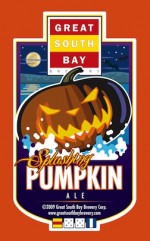 “A Brewer’s delight and original GSB recipe made from Pumpkin Pies we baked ourselves, 2-Row Pale Malt, Cascade Hops, Cinnamon, Clove and Halloween Magic. We baked the pies ourselves and roasted Pumpkin for the Mash…we will add a few
pumpkin spices to the boil and ferment for 2 weeks.”

Super Neat Beer Adventure, Yes!! will be in attendance for the official debut of GSBB and their five brews, dabbling in mediums of photograph, film, and intense alcohol consumption. Make sure to permanent marker your calendar on Saturday, 9/11 as “GSBB 4 REAL!,” or something corny like that. Don’t miss out!