Natalie Merchant
Leave Your Sleep
(Nonesuch)
Following a similar concept that has been successful on such landmark recordings as Will the Circle Be Unbroken, The Harry Smith Anthology and projects produced by Hal Wilner, Natalie Merchant, formerly of 10,000 Maniacs, has come up with her most ambitious album to date and her first in six years. Taking the lyrics of 19th and 20th century poetry, rhymes and lullabies, and setting it to music, Merchant has produced a timeless, sprawling two-CD collection. The music is primarily based in folk and country, but the addition of jazz, reggae and other styles is what makes this project so special and groundbreaking. 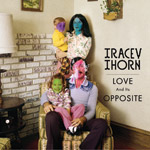 Tracey Thorn
Love and Its Opposite
(Merge)
With Everything But The Girl on hiatus for the past ten years, Tracey Thorn has been busy raising a family. She has now come out with her second solo album of the decade. This very mature and thoughtful work is the sober reflection of a woman facing the realities of motherhood, middle age and a changing world. While the subject matter has changed, Thorn’s jazzy-folk, pop vocal style and the use of modern rhythms make the music as relevant as ever.

Peter Wolf
Midnight Souvenirs
(Verve)
One of the most underrated frontmen in rock history, from what many consider easily one of the best live American bands of all time (the J. Geils Band), Wolf continues to make the occasional brilliant solo album. Wolf co-wrote most of the songs on the album, which has an authentic soul/blues feel. Check out the great duets with Shelby Lynne, Neko Case and Merle Haggard. 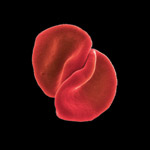 Peter Gabriel
Scratch My Back
(Real World)
Prior to this release, the former Genesis frontman had only released one solo album in eighteen years, eight years ago. Given that this mostly non-rock, almost completely symphonic work features covers of a wide variety of mostly rock songs, perhaps Gabriel is dealing with a severe case of writer’s block. One has to admire Gabriel for trying something different, but the overall tone of the album is awfully somber and is missing the joyful rhythms of his previous solo works. 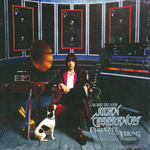 Julian Casablancas
Phrazes for the Young
(RCA)
While Peter Gabriel doesn’t seem to be having much fun on his solo album, Julian Casablancas of The Strokes is having a great time. There are plenty of pop touches and modern, melodic keyboard effects, making for a very accessible release that sometimes seems far from the raucous guitar of the Strokes. Casablancas proves to be a deft pop songwriter and has clearly left the self-consciousness of being a major rock star behind him. The future of The Strokes will benefit greatly from this fine solo outing.