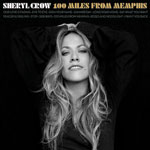 Sheryl Crow
100 Miles From Memphis
(A&M)
Somewhat reminiscent of Shelby Lynne’s I Am Shelby Lynne, which was obviously very influenced by Dusty Springfield’s Dusty in Memphis, this release sees Crow taking a stab at Memphis soul and r&b. Coming from her Midwestern upbringing and further filtered through her years as an LA-based songwriter, the album has a very original and subtle approach to a genre that is hard to replicate. 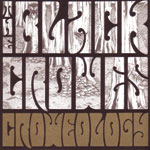 The Black Crowes
Croweology
(Silver Arrow)
This double disc, which includes new recordings of the Black Crowes’ more popular works, is supposed to be a career summation as the Georgia band once again takes a break from being a band. While the idea was to cut more acoustic versions of the group’s songs, in some cases these mostly full-band versions don’t sound far from the originals. However, to hear some of these songs in more stripped-down, slowed-down and cleaner versions brings out the song-craft of the band’s music. 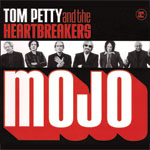 Tom Petty
Mojo
(Reprise)
The first Tom Petty & the Heartbreakers release in eight years reflects all of the best musical components of what has made this band easily one of greatest of all-American rock groups. Obviously influenced and re-energized by the 2008 Mudcrutch project, the band has come up with a CD that has a live-in-the-studio, group cohesion that for any artist would be hard to duplicate. Few groups can remain honest to their roots, while sounding this fresh after so many decades playing together. Tom Petty & the Heartbreakers clearly still have their mojo working. 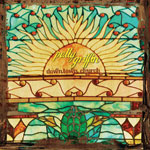 Patty Griffin
Downtown Church
(Credential)
Griffin’s newest would make the perfect companion to Crow’s CD and is the Sunday morning to Crow’s Saturday night. I can’t think of many recent albums as beautiful and heartfelt as this one. Griffin’s near-gospel Southern, folk-soul sound is buttressed by solid production. Released early in the year, this is easily one of the hidden gems of 2010. 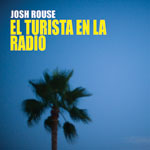 Josh Rouse
Josh Rouse Presents El Turista
(Yep Roc)
While Josh Rouse was born in Nebraska, he grew up in Tennessee. A respected singer-songwriter, Rouse, on this CD, as well as on Subtítulo from 2006, has completely changed his sound. In this case, the result is even more of a world-music album than Subtítulo. Like the soundtrack for a Latin-American vacation, the album is filled with poetic imagery and pulsing, yet subtle rhythms. Rouse proves for the second time to be more than just a superb singer-songwriter.