With only a few exceptions (1970, 1976, 1974, & 1981), Woody Allen has released a new movie every single year since 1969; and there are a couple of years where he made more than one. With over forty films to his name, Allen has created a body of work far larger than any other filmmaker of his era, and at almost seventy-five-years-old, he shows no signs of slowing down. 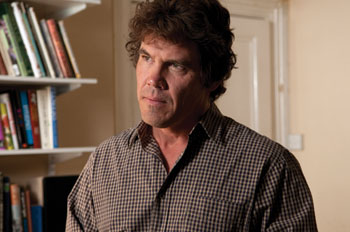 While there are a number of films in his oeuvre that make one wish he had taken that particular year off, at their best, Allen’s movies present a uniquely entertaining and thought-provoking vision.

Allen’s latest, You Will Meet a Tall Dark Stranger, is immediately recognizable as Allen’s work in both the restrained visual style and subject matter—the foibles and obsessions of urban intellectuals and professionals. With ruthless efficiency, Allen introduces us to a fascinating cast of interrelated characters living in London.

Roy (Josh Brolin) is a once-promising novelist whose marriage to Sally (Naomi Watts) is getting seriously stressed by both his growing fascination with the pretty cellist (Slumdog Millionaire’s Freida Pinto) who lives across the street and his failing career, which requires them to depend on financial assistance from Sally’s recently divorced parents, Alfie (Anthony Hopkins) and Helena (Gemma Jones). 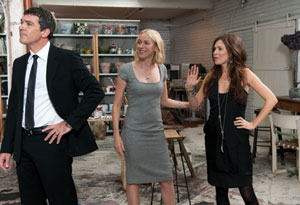 Sally is also wrestling with serious temptation in the form of her boss (Antonio Banderas) at the gallery where she works. Alfie responds to the end of his marriage by taking up with a younger woman, while Helena derives solace from the rosy predictions of a psychic. Each of these characters will be confronted by temptation in the form of a questionable relationship or opportunity, and few will pass the test.

Allen’s comedies have always been shadowed by darkness and despair, which is one of the elements that gives his best films such depth, but some of his recent works have been particularly tough. It is a quality that can be seen in the double-meaning of his new film’s title, which could indicate the possibility of meeting a new romantic partner, or might refer to our inevitable encounter with Death, the tall dark stranger of myth who awaits us all in the end. 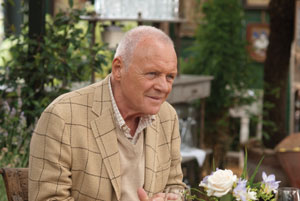 Woody Allen’s recent work has been undeniably erratic. Films like Scoop and Whatever Works are almost unwatchable and significantly are the movies where he has tried hardest to recapture the tone of his earlier films. However, films like this one, and Vicky Cristina Barcelona, show us an artist in his autumnal years who looks at the world with newly-found wisdom and distance. As Allen has removed himself as the protagonist in films like Match Point and Vicky Cristina Barcelona, his point of view has become colder. You Will Meet a Tall Dark Stranger still crackles with Allen’s trademark humor, but also suggests that happiness will only be found by those who are the most delusional. Allen still sympathizes with the challenges people face, but he’s lost patience with the venal and self-destructive answers that many of us choose.