A chill in the air and bright colors in the trees is almost always good news for movie lovers. It means summer is over and the fall movie season has begun. With the summer blockbusters having completed their noisy march through our cultural consciousness and headed for the sleepy afterlife of home video, the road is open for more challenging cinematic fare. Here are a few good options… 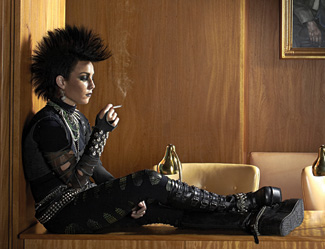 THE GIRL WHO KICKED THE HORNET’S NEST
(Opened October 29)
Stieg Larsson’s Millennium Trilogy has been one of the most exciting cultural phenomena of the past two years and things are only going to get hotter in 2011 with the release of the first American movie adaptation from The Social Network director David Fincher. However, true fans of Larsson’s novels have been enjoying the Swedish versions of the first two books (The Girl with the Dragon Tattoo / The Girl Who Played with Fire) and won’t want to miss this thrilling adaptation of the final book where Larsson’s irresistible and unstoppable Lisabeth Salander finally gets to go toe-to-toe with the mysterious men who have haunted her since birth. 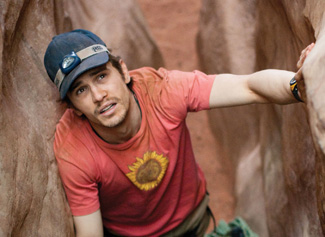 127 HOURS
(opens November 5)
Danny Boyle (Slumdog Millionaire, Trainspotting) brings his characteristic cinematic energy and verve to the amazing true story of Aron Ralston, a fiercely independent outdoorsman who became trapped deep in a mountain crevasse and had to make an astonishing sacrifice for survival. James Franco gives a startlingly vivid and physical performance as a man who discovers the limits of independence without losing his passionate spirit. 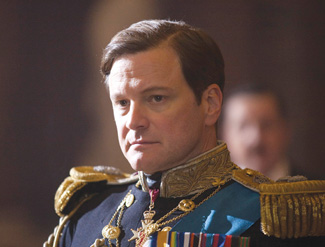 THE KING’S SPEECH
(opens in December)
Every year, a movie comes out of nowhere to become an enormous hit. Last year, it was Slumdog Millionaire. In 2010, it is The King’s Speech. Tom Hooper’s funny and moving film tells the real life story of Albert, the Duke of York, second in line to the English throne in the 1930s. Albert suffered from a terrible stutter which made private conversation challenging and public speaking impossible. His private problem became a national crisis when it became clear that he very likely might have to become King of England and lead his people into war. Out of sheer desperation, he turns to unorthodox Australian speech therapist Lionel Logue. However, Logue’s methods are closer to psychotherapy and demand unprecedented openness from the stiff-upper-lipped royal. Colin Firth as Albert and Geoffrey Rush as Logue, lead a brilliant cast that includes Helena Bonham Carter, Michael Gambon and Guy Pearce. 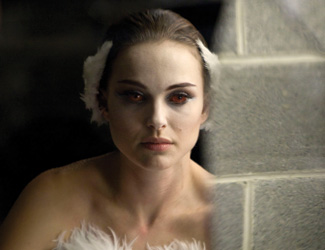 BLACK SWAN
(opens December 3)
Darren Aronofsky’s madly intense portrait of a young ballet dancer wrestling with her artistic demons is like a crazed mash-up of Michael Powell’s The Red Shoes and Dario Argento’s Suspiria. Natalie Portman is fantastic as the young dancer who must overcome jealousy, a horror-show stage mom (Barbara Hershey) and her own fears to dance the lead role in Swan Lake. While Aronofsky’s concept of artistic creativity requiring inner torment is fairly risible and largely lost amidst the film’s manic frenzy, the end result is enormously entertaining.