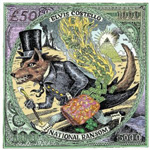 New Wave icon Elvis Costello has worn many, many hats in his lengthy career, exploring all avenues of rock music. His latest National Ransom and the track of the same name feel like a return to his punk/pub rock roots with his trademark sneering vocals and assertive rock backbeat. 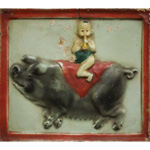 Always-original rocker Daniel Lanois, superstar producer of such legends as U2, Bob Dylan and Neil Young to name a few, has formed an intriguing new band Black Dub (also the name of their first album). The track “I Believe in You” is an interesting mix of reggae and r&b centered on the stellar vocals of newcomer Trixie Whitley. 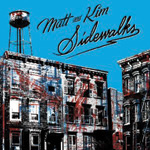 “Dance punk” duo Matt and Kim has come out with their third longplayer Sidewalks along with the track “Cameras.” The song treads some of the same ground as the Flaming Lips with similar ecstatic vocals, keyboard textures and rhythms, but they still carve out a distinctive sound of their own.