The two Rocky Point Artisan beers?a Schwarzbier and a Doppelbock?were both lagers, delicious, and consumed rather quickly. 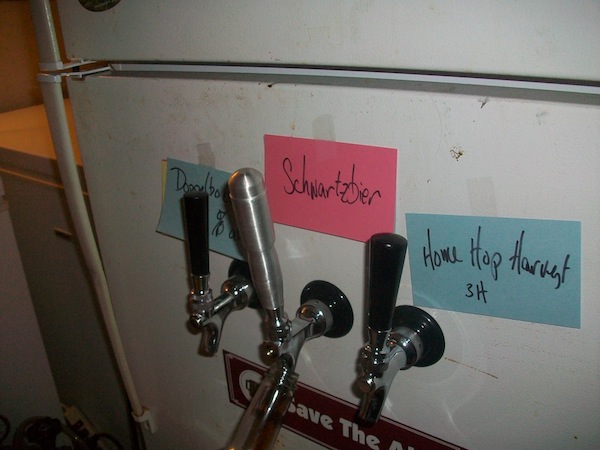 The Schwarz, comprised of mostly Vienna malt, in addition to Munich, Melanoidin, and Carafa Special I, provided a rich blend of coffee and chocolate that was extremely easy to knock back. The Doppel?possessing a similar grain bill as the Schwarz but at about twice the alcohol content?was even easier to consume, and tasted like a floating cloud of vanilla, chocolate and cherry.

After some sampling and a discussion on literature, pirates and crop circle alien abductions, Donavan informed me that the second edition of his Long Island beer guide, “The Beer Hall Guide to Long Island,” should be out within the next month or so. When the guide’s release date is finalized, I’ll be sure to post the deets on how to snag a copy.