When my mother was growing up, the family home at the end of Ashland Place in North Bellmore was the last one on the block before the potato fields began. By the time I was born, in 1978, those potato fields had been replaced by an elementary school, and the rough dividing line between suburbia and agriculture had pushed farther east, into Suffolk County.

Even so, some of my strongest childhood memories and most meaningful experiences were tied to Long Island agriculture and the island’s harvest. Sweet corn from the North Fork toward the end of each summer. East End farmstands stocked with fresh fruits and vegetables plucked from the fields that extended to the horizon. Paddling the Peconic River in a canoe through what was once a commercial cranberry bog. Growing lettuce and other veggies in a modest backyard garden.

My island was an edible one, with a rich agricultural heritage. (Wickam’s Fruit Farm, on the Peconic Bay in Cutchogue, is some of the oldest continually cultivated land in the country, dating to the 1660s.) Thankfully, that tradition continues today, even if a bit different than it once was.

Locavores and the Farm-to-Table Trend

It all boils down not just to what’s grown locally, but what’s eaten locally. No place may embody that ethic more than Nick & Toni’s Restaurant in East Hampton. Long before farm-to-table became the hot new trend in restaurants, Nick & Toni’s was doing it—featuring foods from local farms and fishermen on the menu, and even growing some of its own produce and herbs. “It was something we believed in doing right from the start,” explains Joe Realmuto, Executive Chef. “We built personal relationships with these people.”

The restaurant opened in 1988 and by 1993, its garden was up and running, with help from Scott Chaskey, who runs the Peconic Land Trust’s nearby Quail Hill Farm. With the restaurant’s primarily northern Italian cuisine, the half-acre-and-growing garden tends in that direction—peppers, eggplant, mizuna, plus asparagus, rhubarb, zucchini, radishes, lettuces, artichokes and more.

The entire enterprise seems built upon a virtuous cycle of agricultural relationships: Chaskey running the garden; the restaurant highlighting the names of local farms on the menu; a farmers’ market in the parking lot each Friday. The result is a sublime dining experience intimately tied to the land and its bounty. “Because our produce never hits any sort of transportation or refrigeration or storage,” Realmuto says, comparing Long Island’s harvest to that of California and even New Jersey, “when people eat a simple tomato salad from our garden they’re blown away.”

Long Island is home to at least 22 farmers’ markets spread across Nassau and Suffolk counties (including the East Hampton Farmers’ Market at Nick & Toni’s), countless more farmstands and yet more CSAs (community supported agriculture), in which you buy a “share” that entitles you to a regular portion of the harvest each week or two. 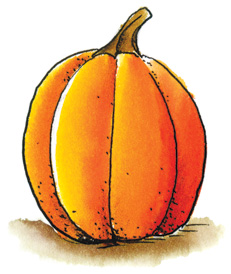 Caroline Fanning, a 28-year-old Amityville native, runs one of those CSAs and farm stands: Restoration Farm in Old Bethpage. The Nassau County-initiated pilot project is wrapping up its third year and has become successful beyond anyone’s expectations. “When I first started [organic farming],” she says, “only crunchy hippies were into organic food. Now it has gone much more mainstream.” (This year, the farm sold 160 half-shares, where people picked up their allotment every two weeks.)

“There’s always more demand for our food than we can meet,” Fanning continues. “But it’s still a change of pace from supermarket shopping for both price and variety. Everyone’s excited about it, but they have to get used to the fact that it’s a little different.” Which mostly means eating only what’s in season at that moment. (Restoration grows 30 different fruits and vegetables, with even more variety than might appear at first glance, thanks to 30 kinds of tomatoes, 12 varieties of peppers, etc.)

In some ways, Restoration Farm is an exercise in irony. On the one hand, it can be seen as a last remnant of agriculture in Nassau County. On the other hand, it isn’t a remnant at all. It’s a new project, albeit one that reminds Long Islanders in Nassau and western Suffolk of their deeply agrarian roots.

That connection to place and land and harvest seems to resonate especially strongly nowadays. “There’s been a cry for farmers’ markets over the last decade,” says Joe Gergela, Executive Director for the Long Island Farm Bureau. “Many communities across the island would love to have them.” And many do, with high demand. The challenge, Gergela says, is getting more farmers interested in attending the markets. To date, many larger farms sell most of their produce at wholesale rates to restaurants, brokers and distributors who come straight out to the farm or at retail rates at farmstands on site. Convincing those farmers to make a commitment to weekly farmers’ markets is a tough sell.

The one exception to that rule has been a pair of youth-run, community-oriented farmers’ markets in Roosevelt and North Bellport, a co-project of LIFB and Sustainable Long Island, designed to bring farm fresh produce into traditionally underserved, low-income communities. The success of these two markets, plus the popularity of existing conventional farmers markets, points to a bright future—if more Long Islanders get out of the supermarket aisles and start building relationships with the local farmers who show up at these markets.

The face of Long Island agriculture today isn’t all vineyards and wineries (despite how it might appear driving around the North Fork these days). But things are changing. Just ask Carol Sidor, a 58-year-old Center Moriches native. Together with her husband, she runs Martin Sidor Farms and North Fork Chips in Mattituck. 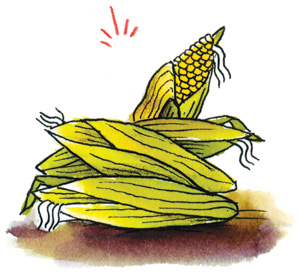 The family-run potato farm started several generations ago, in 1910, founded by Polish immigrants. As the decades passed, Long Island changed and so did the prospect of farming here. Soon, just growing potatoes wasn’t enough to sustain the family economically. They needed a value-added agricultural product to make it all work. North Fork Chips was born. Since then, those potato chips have earned much praise and a devoted following, including New York City hotels stocking local foods in the mini-bars, as well as Long Islanders interested in eating local Long Island foods.

At the end of the day, the goal for Sidor was simple. “We wanted to grow the potato chip business and have that sustain us, and still call ourselves potato farmers,” Sidor says. So far, the gambit has worked. The Sidors took something old (the Long Island potato) and made it new (a coveted potato chip).

The same might be said for turkeys. Yes, turkeys (and no, I don’t mean the Long Island Duck). In recent memory, most Long Islanders probably think of heading to a place such as Miloski’s Poultry Farm in preparation for Thanksgiving. But hunting for wild turkey on Long Island? Oh yes. It happened for the first time in Fall 2009. Turkey hunting was a historical activity on the Island. But the birds were extirpated from the island by the 19th century. The state finally decided to reintroduce turkeys from western Pennsylvania and Suffolk County’s current population of around 3,000 birds (all descended from 75 originals) were brought here in the early 1990s. Again, what was old has become new again.

Today, there are 650 or so farmers on Long Island. Most do horticulture or sod, or other types of agriculture. Only about 100 grow the kinds of fruits and vegetables you or I would eat. Those 100 almost exclusively make up and sustain the edible side of Long Island; they provide the island’s harvest. They’re not quite a dying breed, though the statistics are sobering.

According to Gergela with the LIFB, over the last 50 years, Long Island has lost as much as 75,000 acres of potatoes, thousands of acres of strawberries and cauliflower, and much more. According to the US Department of Agriculture, in 1950, Suffolk County had more than 2,000 farms. Today, that number is less than a third as many. What was once 123,000 acres of farms has shrunk to just 34,000 acres (about 6% of the county’s land area). The USDA no longer bothers keeping similar statistics for Nassau County. (If there’s a silver lining, it’s that over the last decade, the decline leveled off and has remained flat, while interest in and demand for local farm foods has grown.)

The reasons why Long Island agriculture has suffered are many-fold. Despite the fact that the climate and the soil and the water are great for growing crops, this is a tough environment in other ways: Pressure from suburbia to develop the land, low crop prices that make it difficult for farmers to earn a decent wage, competition with agriculture in the west that’s subsidized with federal money, and land—especially in the Hamptons—being sold for “conversion into country estates and gentleman farms,” says Gergela. Land that, on paper, is still a farm but which, in practice, is anything but. “We want to make sure that our farms are farmed by real farmers,” Gergela continues.

Only 15,000 acres of Long Island agriculture are permanently protected by groups such as the Suffolk County Farmland Preservation Program and the Peconic Land Trust. The remaining 19,000 acres are potentially on the chopping block. Unless, of course, people care enough about those farms, or those farms earn enough money, or their harvest is in high enough demand, that we couldn’t imagine a Long Island without them. That’s a future yet to be written for Long Island agriculture.

For now, though, certain fruits and vegetables are surely in season. So visit your local farmers’ market or farmstand, or look for the “Grown on Long Island” label at your neighborhood King Kullen or Stop & Shop, and enjoy the island’s harvest.