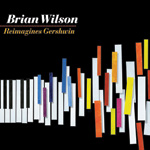 Marc Cohn
Listening Booth: 1970
(Saguaro Road)
While interpreting the music of the Gershwin’s has been going on for decades, interpreting the giants of 1970 pop and rock is a bit trickier. Cohn both highlights how significant the year 1970 was in music and successfully reinterprets music from some of the great songwriters of what was the apex of the singer-songwriter period. It’s also nice to see some artists from that time who get overlooked as songwriters get their due including Jerry Garcia, Robert Hunter, J.J. Cale and Pete Ham. 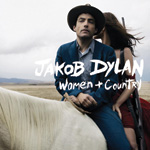 Jakob Dylan
Women + Country
(Columbia)
This is Jakob Dylan’s second solo album. Again, Dylan enlists a big-time producer with T-Bone Burnett replacing Rick Rubin. Burnett gives the songs more atmosphere and with the likes of David Mansfield, Greg Liesz, Marc Ribot and Neko Case assisting, the album has more of the kind of band feel of the Wallflowers. Dylan clearly does not have his head in the sand and addresses the current, often desperate state of the nation. It’s curious that Bob Dylan’s Rolling Thunder Revue mate has produced Bob’s kid and not Bob himself. 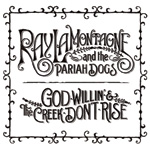 Ray LaMontagne and the Pariah Dogs
God Willin’ & The Creek Don’t Rise
(RCA)
Drummer Jay Bellerose (who is on the Dylan album) and his bassist wife Jennifer Condos are the heart of LaMontagne’s new band. This departure from past solo albums has the feel of Neil Young’s Harvest and occasionally the sound of Buffalo Springfield. LaMontagne has replaced the soulful-folk sound of previous outings with a distinctive countrified, folk-rock sound. 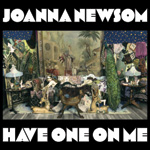 Joanna Newsom
Have One On Me
(Drag City)
Easily the most ambitious recording project of the year, Have One On Me is an instant cult classic. Featuring three full CDs of music clocking in at over two hours, this sprawling, otherworldly musical tour-de-force recalls the raw stark beauty of Joni Mitchell’s Blue album as sung by Kate Bush in her earliest days.