Below are some photographs from Tuesday’s Great South Bay Brewery beer dinner at The Good Life. This was the second of two October pairings for the Bay Shore brewery at Good Life?the first was held on 10/12 ?with both events selling out well in advance (I heard people were turned away at the door) and garnering positive reviews from all those in attendance. 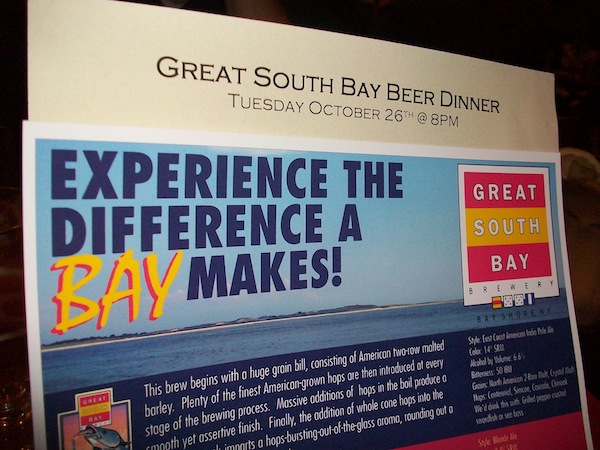 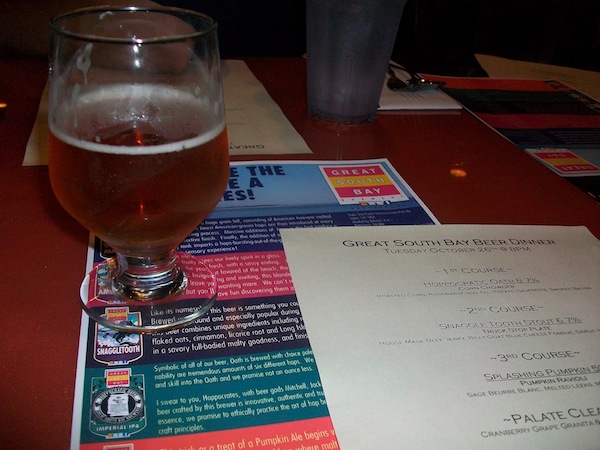 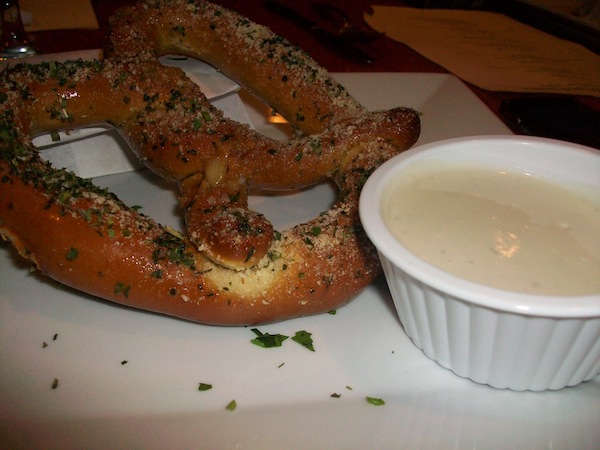 Note: the garlic herbed pretzel pictured above tasted better than life?especially when dunked in the “Billy Goat Blue Cheese Fondue” that accompanied. 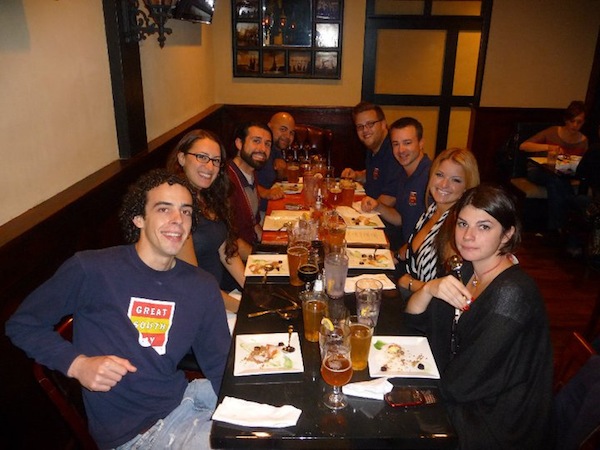 Great South Bay’s Hoppocratic Oath is now available on tap, but for only a limited time, and at just two locations: The Good Life, and Long Island’s newest craft beer and food establishment, The Cortland of Bay Shore.

We’ll have more on the latter establishment later on today. 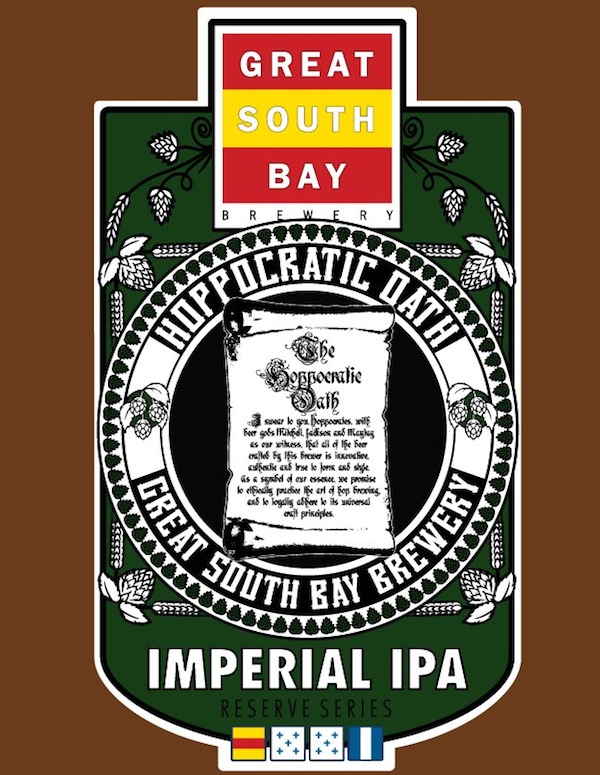