Because of this, we here at Super Neat feel it is essential not only to promote the crafted excellence created on our Island, but to explain why, as well.

Local Beer = Kayy Great! will serve as our Long Island-only craft beer review series and will appear in the same fashion as our infamous “Commence Cuddle Sesh Series”?meaning, you’ll never really know when it’s coming. And that’s just how we like it.

will be Fire Island Beer Company’s Pumpkin Barrel Ale, pictured below next to my Kelso of Brooklyn pint glass and my Duvel bottle opener that was purchased at a church thrift event for only a buck. 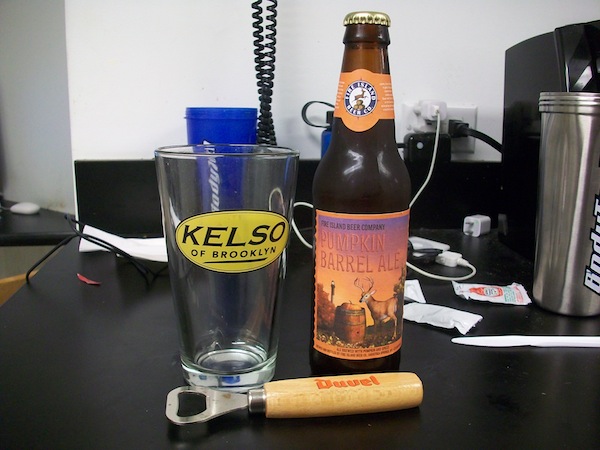 On to the review!

Smells like: The Spice Girls, only if they were a beer. Okay, maybe not. But the nose is Pumpkin Barrel’s strongest point, and it’s all spices?cinnamon, allspice, nutmeg, ginger, clove?aside from the pumpkin, obviously. Also smell pie crust. Pie. Yum.

Tastes like: Buttery Sweet Pumpkin Hop Pie. Light to medium body, though I leaned more toward medium as I continued to drink. There’s a bitter hop presence (in fact, Magnum hops grown and harvested in Pompey, NY were used during brewing) that smacks at the end, but it balances nicely with the sweetness of the malt and spices. Additional terms that come to mind are “smooth” and “session.”

Overall like: Autumn is my favorite time of the year, and I think the Pumpkin Barrel Ale’s sweet malt and spice profile embodies the mid-September part of the season?when temperatures are just beginning to drop, and scarves are transitioning from fashion accessory to necessity?perfectly. Reminds me of crunching leaves in the backyard when it’s 6:27PM and my mother is yelling to come into the house because the meatloaf and mashed are becoming gross lumps of gross. Definite recommendation.

Just look at them?THEY LOVE IT! 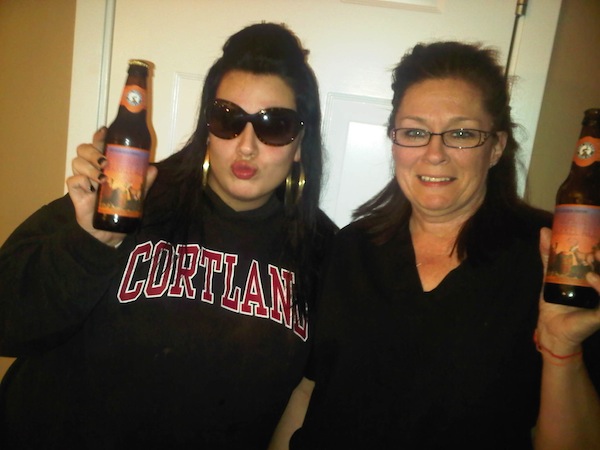 If you would like your beer or beers reviewed by Super Neat, send us an email at the address located in the below entry signature. We’ll sample anything, as long as it doesn’t taste like urine, or is actually just urine disguised as beer in a brown bottle. Then we’ll hate you forever.