Super Neat ventured to Centerport last Sunday to visit Paul Dlugokencky and the craft nanobrewery he operates out of his home’s garage, Blind Bat Brewery.

After a quick tour of the premises?including a peak at his new 3-BBL (which brews 93 gallons) system?and following a cute lick-attack by Dlugokencky’s two dogs, we tasted samples of two test batches on tap in his kitchen: Long Island Potato Stout and Hell Gate Belgian-Style Golden Ale. 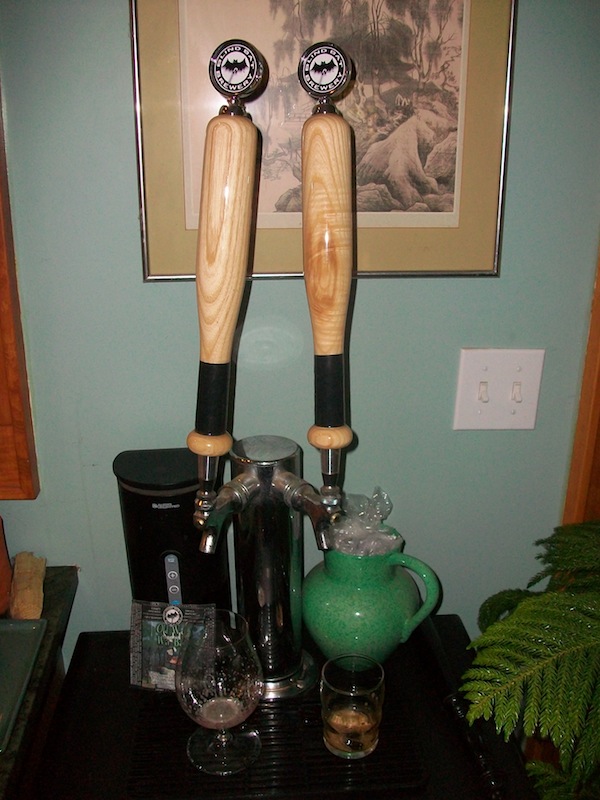 The Long Island Potato Stout is an extra-dry stout brewed with locally-grown, organic potatoes, and is “twice mashed”?once to the potatoes, and then the potatoes to the grain. This process provides the stout’s “extra-dry” mouth. Hell Gate, a fluffy golden ale, is still being tweaked, and Dlugokencky wants to attempt one more test batch before releasing it, “with a bit more coriander,” he said.

He expects both beers to be ready for public consumption by December or January.

Before leaving, Super Neat was lucky to snag a bottle of Blind Bat’s alder and apple wood-smoked Hellsmoke Porter, so expect a review soon.