I AM LOVE
Tilda Swinton’s achingly intense performance anchors this wildly vibrant drama about a wealthy Italian family that is torn apart when long-suppressed desires explode through the family’s seemingly tranquil surface. 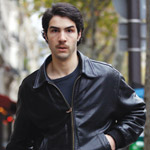 A PROPHET
Jacques Audiard’s powerhouse portrait of a young street kid who is thrown into the chaos of prison and rises to become a powerful gang leader is one of the best crime films in many years, a work that deserves to be compared to classics like Goodfellas and The Godfather. 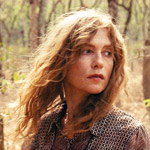 WHITE MATERIAL
In 1988, filmmaker Claire Denis made her cinematic debut with Chocolat, a quietly forceful tale of her childhood in Africa. Over twenty years later, Denis returns to Africa to create one of the most powerful works of her career. Legendary actress Isabelle Huppert stars as a plantation owner trying to hold things together in land ravaged by warlords, child soldiers and social breakdown. RED RIDING TRILOGY
Inspired by the true story of the Yorkshire Ripper, this haunting trilogy takes us down the rabbit hole through years of police corruption and murder. You’ll be terrified, moved, and need a shower after watching these stunning stories of three men trying to catch a child killer amidst a web of violence and greed. 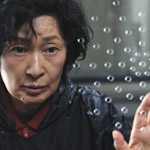 MOTHER
Bong Joon-ho’s gripping Hitchcockian thriller seems like straightforward drama about a dedicated mother attempting to protect her son from being wrongly convicted of a young girl’s murder, but nothing is quite what it appears in this delightfully twisted tale of obsession and delusion. 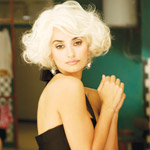 BROKEN EMBRACES
Spanish master Pedro Almodóvar spins another magical melodrama in this fascinating saga of a blind writer who is forced back into the past to remember the passionate love that transformed his life and cost him his eyes. 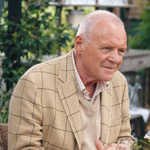 YOU WILL MEET A TALL DARK STRANGER
Woody Allen has been highly erratic in recent years, but he’s back on his game in this bitterly funny story of a group of family and friends who can’t seem to stop deceiving each other and themselves. 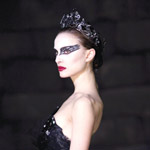 BLACK SWAN
Although many are comparing it to The Red Shoes, Darren Aronofsky’s maniacal portrait of a ballerina cracking under pressure has more in common with Dario Argento’s classic Suspiria. Some may complain about the film’s unrelenting intensity, but this high-class horror flick is devilishly entertaining, and no one will question Natalie Portman’s fantastic performance. INSIDE JOB
Forget Paranormal Activity 2, this exposé of the recent economic collapse is the year’s best horror movie. Charles Ferguson calmly and clearly reveals how we were robbed blind, then stuck with the bill to bail out those who had just screwed us over. 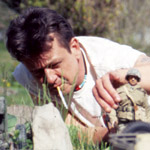 MARWENCOL
After he was beaten to the point of brain damage by five thugs, Mark Hogenkamp rebuilt his life by meticulously creating his own world in 1/6th scale out of junk and dolls. Hogenkamp’s creation is unforgettable, and Jeff Malmberg’s brilliant documentary shows that the story behind this obsessive work of art is just as amazing.