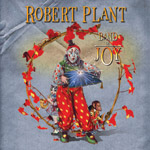 Robert Plant
Band of Joy
(Rounder)
After an aborted attempt to follow up his Grammy-winning collaboration with Alison Krauss, the ex-Led Zep frontman re-teams with guitarist Buddy Miller to create an album not far from his work with Krauss. With Miller now also producing and Plant using the name of his first band, he is still in the spooky netherworld of countrified folk, with touches of blues. Even without Krauss’s angelic vocals, Plant has made another indie acoustic outing that goes over like a led balloon. 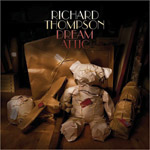 Richard Thompson
Dream Attic
(Shout Factory)
With Neil Young’s Rust Never Sleeps and Jackson Browne’s Running On Empty being the two most obvious examples, Richard Thompson follows in the footsteps of others who have taken the bold step of releasing an album of new songs that were recorded live. Taken from a short American tour in 2009, this cd is gripping, raucous and overflowing with Thompson’s trademark vocal growl and blistering guitar and there is not one bad song in sight. This is a release that belongs in the front room with the lights on and the blinds open.

Paul Weller
Wake Up the Nation
(Yep Roc)
Weller’s previous 22 Dreams was easily one of his most ambitious albums ever, yet this new one seems more relaxed and fun. Veering between heavy soul and rock, the modfather of punk remains an artist, like Thompson, who just gets stronger with each new release.

David Gray
Foundling
(Downtown)
Gray is simply bursting with songs and needed two discs to get all the songs out that he has written of late. Oddly enough, it’s the shorter bonus disc that contains the most accessible songs, with the longer first disc more of a follow-up to the moodier and more introspective sound he debuted on last year’s Draw the Line. 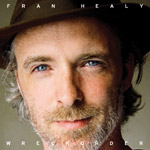 Fran Healy
Wreckorder
(Rykodisc)
The de-facto leader of Scottish band Travis steps out on his debut solo album with brilliant results. Travis has recently struggled to find a balance between its pop side and progressing in new directions. Healy has solved that dilemma and, with the help of everyone from Neko Case to Paul McCartney, mixing a more acoustic approach with minor key melodies. Healy still comes up with at least one bona-fide pop gem in “Buttercups.”