If Magritte had painted my childhood, it would be a chaos of floating snakes, white oxfords, dead Chihuahuas, and pink hair rollers… and garden hoes would be wielded by drunks with guitars… I am a foreigner in this painting. I look at it as if in a museum.
—From “Composed: A Memoir” by Rosanne Cash

If you’re still looking for that last minute gift, why not try a music memoir? There should be one for every type of music lover on your list. Aside from Keith Richards’ wildly popular “Life,” numerous musicians have released memoirs this year. Here are some suggestions:

1. “Lips Unsealed” by Belinda Carlisle
Eighties music lovers will appreciate this candid memoir from the singer of the first all-girl group to hit number one with original songs. From Carlisle’s difficult upbringing to the mid-70’s L.A. punk scene, and the Go-Go’s rock-and-roll lifestyle, you’ll enjoy the ride.

2. “Rat Girl” by Kristin Hersh
An indie rock pioneer, the Throwing Muses frontwoman released her ninth solo record as a book this summer. She also released this surreal memoir of her eighteenth year during which she was diagnosed as bipolar, offered a record deal with 4AD, and discovered that she was pregnant. “Rat Girl” will not disappoint with her intelligent, yet humorous, take on everything from rats and music to psychiatrists.

3. “Just Kids” by Patti Smith
The Godmother of Punk won a National Book Award for this memoir about living in Manhattan with photographer Robert Mapplethorpe, who shot the famous cover of her debut record, “Horses.” Struggling to survive, but living on their passion for art, music and writing, the two went from lovers to friends when Mapplethorpe discovered he was gay. But they remained friends until Mapplethorpe’s death in 1989, and Smith does a great job of depicting the creative scene that existed in late 60’s-70’s New York. 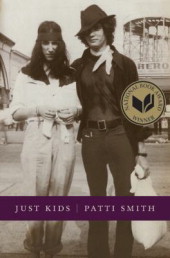 4. “Composed” by Rosanne Cash
The prolific singer/songwriter, firstborn to the legendary Johnny Cash, is also a talented writer who describes her sometimes painful past in remarkable detail. From the snakes in Southern Cali to her father’s house on the lake in Tennessee, and the time she went to Germany to record her first demos on her own, Cash knows how to reel you in, whether you like country music or not. 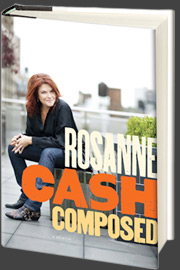