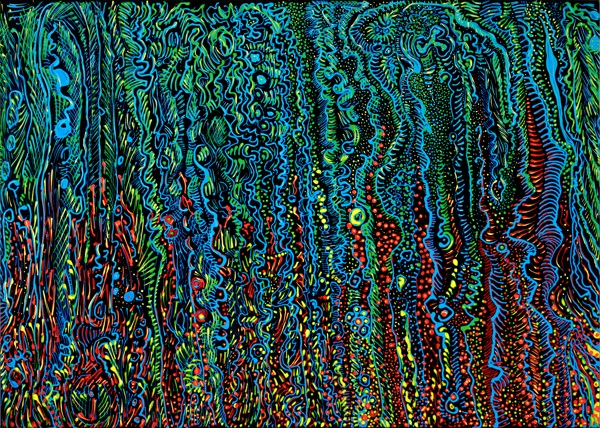 There’s something about art by Ruby Jackson that conjures visions of turquoise waters and tropical fish. Her sculptures have plenty of spaces for sea creatures to dart through. Her paintings conjure warm waters and pristine ocean environments where harmony abounds.

There’s plenty of motion too. The abstract painting, Vertical Vents, pulsates with life. There seems to be streams of upwardly-mobile life forms like the tiny circles of orange that seem to float. Yellow squiggles, dashes of green and turquoise all vibrate on a background of black.

The sculpture, Sing City, creates a glittery and intricate reef-like environment that would be fun for dashing fish. Ripples of bright red beads entwine with turquoise-colored wrappings.

These artworks and others were part of the solo exhibition at the Richard J. Demato Fine Arts Gallery in Sag Harbor. The exhibition showcased around 20 paintings and around 9 sculptures that demonstrate Jackson’s range and interest as an artist. Most of the work is infused with colorful pallets that swirl with possibilities for the imagination to play. Sculptures included carved wood, fired clay and colored slip and carved hydrocal.

The artwork work is a “response to the rhythms, forms, and color of tropical, underwater life,” Jackson writes on her website.

Jackson has had solo exhibitions at the Heckscher Museum at Bryant Library in Roslyn, Guild Hall in East Hampton, Elaine Benson Gallery in Bridgehampton and others. She’s exhibited at the Parrish Art Museum in Southampton and galleries in Florida, Long Island and other places. Jackson lives in Sag Harbor. Her work can be viewed at rubyjackson.com. 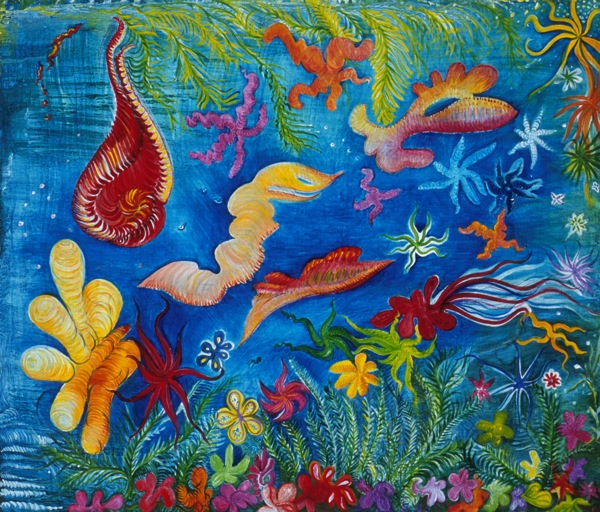 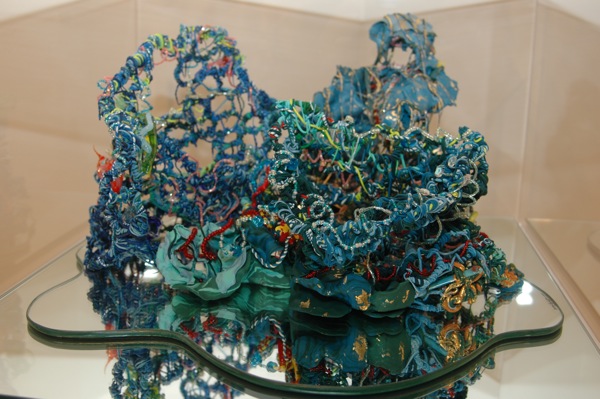 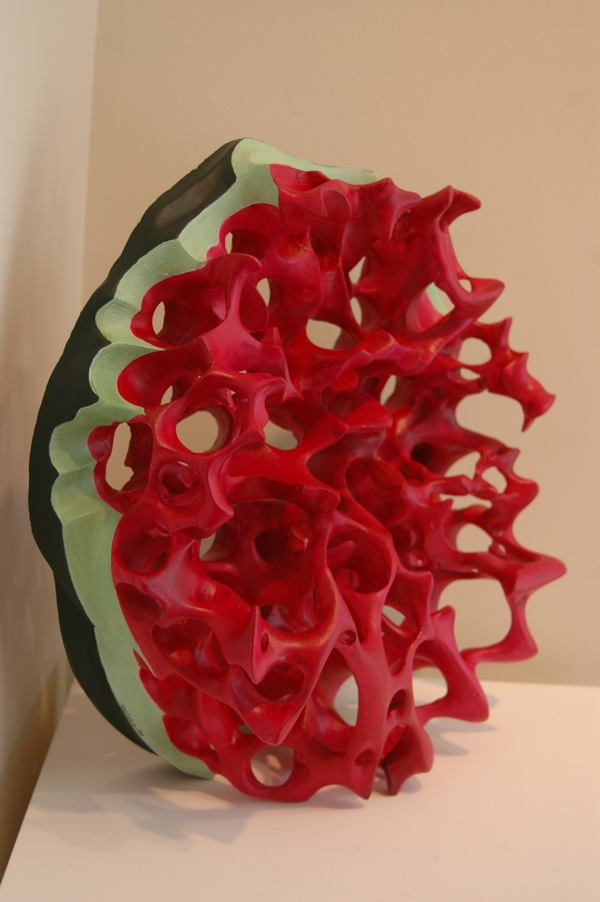 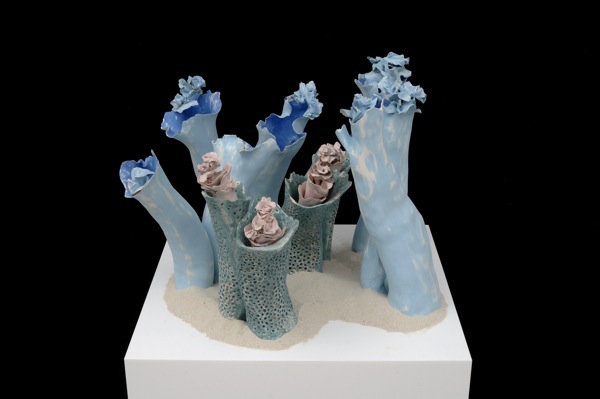 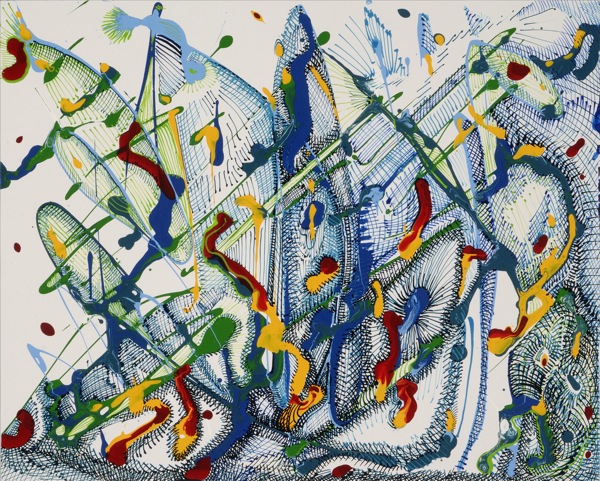