The following CDs feature various artists on recent side projects or solo albums. 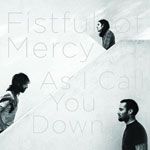 Fistful of Mercy
As I Call You Down
(Hot)
As supergroups go, this one ranks high for songwriting, harmonies and heartfelt music. Featuring Ben Harper, Joseph Arthur and Dhani Harrison (son of George), the group has come up with music that is the perfect antidote to our fast-paced world of consumerism and attitude. Let’s hope this is not a one-off project, because unlike so many so-called supergroups, this one works organically.

J.P., Chrissie & The Fairground Boys
Fidelity!
(Rocket Science)
A collaboration between Welsh singer (and former boyfriend) J.P. Jones and Chrissie Hynde (taking a break from The Pretenders) has resulted in this playful, no-frills album that again proves Hynde incapable of making anything but great music. It’s hard to imagine that Hynde will be 60 in September, as her passion for authentic rock ‘n’ roll and good looks have not diminished one lick since she first burst on the scene in 1978.

Ben Folds/Nick Hornby
Lonely Avenue
(Nonesuch)
Ben Folds has the singular talent to write and sing gorgeous, piano-based melodies, while novelist Nick Hornby has captured all the nerdy obsessiveness of males of a certain age who love collecting music (preferably vinyl). Together they have made an album that eschews the kind of songs that can be found on some of Folds’ recent eccentric and hyper-angry albums. Instead, just the right touches of horns and strings give the album a slight r&b tinge that makes for truly enjoyable listening. 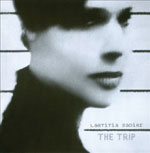 Laetitia Sadier
The Trip
(Drag City)
Stereolab and Monade lead vocalist Sadier steps out with a more straightforward modern sound on an album that again proves what a underrated vocalist she is. Her breathy, half English/half French vocals are as enticing as ever and remain cool without being cold. Check out her take on “Summertime.” Sadier’s band Stereolab also has a new album Not Music (Drag City). 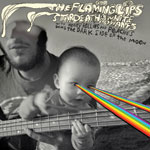 The Flaming Lips and Stardeath and White Dwarfs
Dark Side of the Moon
(Warner Bros.)
With support from Henry Rollins and Peaches, The Flaming Lips reimagine the most iconic album (next to Sgt. Pepper) ever recorded. This chilling, mordant take on the ultimate dorm-room companion both remains faithful to the original and adds a modern angst that only enhances the album’s original theme.